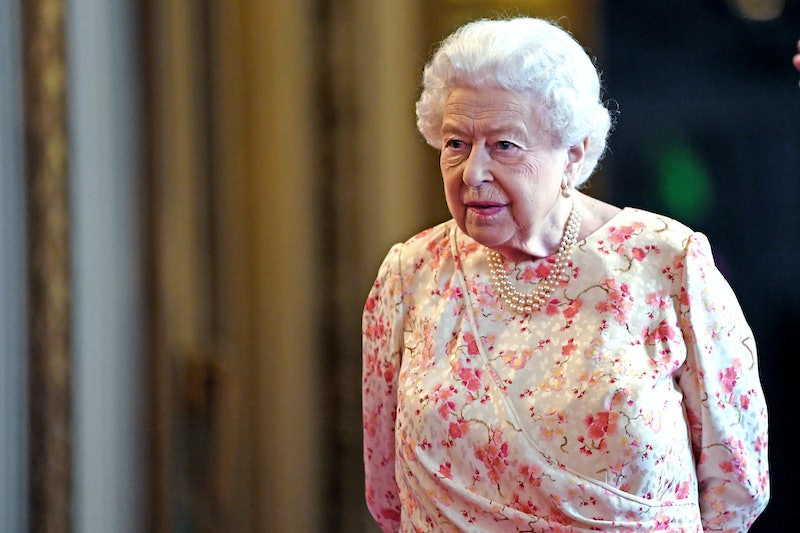 With the mercury hitting record heights, it is safe to say that guys — things are a little bit sweaty at the moment. Which is all well and good if you've nothing to do and no place to be. But for most folks, work and getting places is an essential part of life. Even if your work is more like a birthright where you sometimes have to wave at people and sign things. Well, even waving and signing is a bit of a pain and the Queen's choice of fan is actually pretty modern.

Is it an expensive air conditioning unit that pumps cold air into the historic palace? Is it a host of attractive young men fanning her with palm leaves? Is it Prince Philip standing there with a little battery powered hand fan? No guys. She has only gone and got herself a Dyson fan. Well lah-dee-dah. This seems posh even for you, your Majesty.

The fan is one of the jewels in the crown of the company, which it turns out makes more than vacuum cleaners that you dream of one day affording. I'm sure she has lots of those as well you know. But maybe she hasn't ever seen one IRL.

The fan is of course made Dyson, which is famously owned by British billionaire, inventor, and Brexit stan, Sir James Dyson. Who, as the Guardian reports, famously moved his factory out of the UK after Brexit. But you know what, being owned by a British company still makes for a fan fit for royalty and protecting her majesty from unsightly sweat patches. Although I also assume there is a person whose actual job that is.

The top of the range cooling fan system from Dyson.

So, how do we think Her Majesty got her hands on this swanky piece of kit? Well actually guys, before you assume it might have been influencer-style gifted, there are some very strict rules regarding gifts the royal family can receive. For example, according to the Daily Express Harry and Meghan had to return £7,000,000 worth of gifts after their wedding. And anything they kept belongs to the crown when they die. What a flipping pain in the butt. If I was in their situation I would have 100 percent hidden as much as I could and/or stuck it all on eBay ASAP.

The Queen was meeting the new PM, Boris Johnson, after 92,153 Conservative party members elected to place him there. Being head honcho in the UK government isn't exactly the easiest place to be right now, and according to Euro News UK correspondent — the Queen is a bit baffled as to why anyone would be keen on it.

The PM putting this information on blast was a pretty blatant breaking of royal protocol. But guys I am sure the royal family are more keen on getting away on holiday then dealing with this right now. And tbh, same.

So that's that. The Queen favours a state of the art Dyson fan, which I'm sure must be going full blast today, as temperatures hit a whopping 37 degrees in London. Yikes.