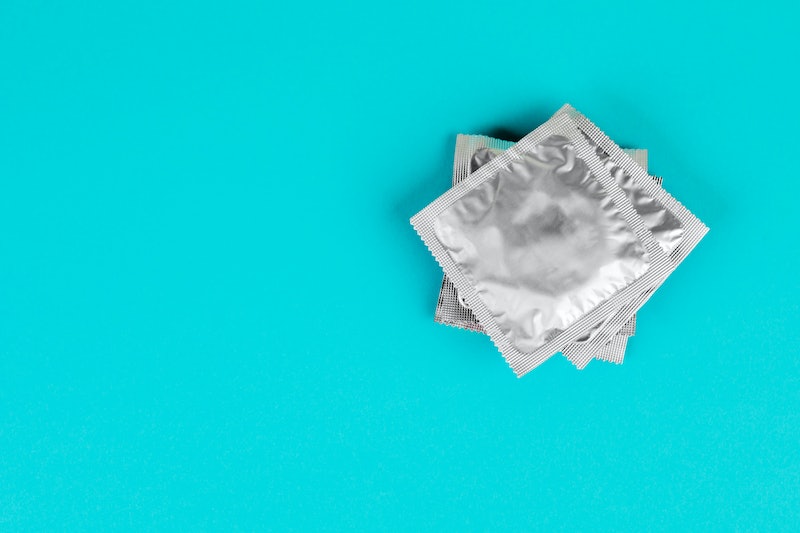 Sex can and should be judgement free, consensual, and fun. While safety might not be the sexiest thing that comes to mind when you are getting down to it with someone, it's also of paramount importance. So much of my own sex education was about preventing unwanted pregnancy and abstinence. However, there is so much more to know. Being aware of what is normal for your own body and staying clued up about your sexual health is more important than ever. Statistics have revealed that the rate of STIs has skyrocketed in England. The annual study conducted by Public Health England highlights there has been a massive increase in cases of gonorrhea and chlamydia due to people not using condoms consistently or properly with new partners.

Public Health England released the Sexually Transmitted Infections And Screening For Chlamydia In England 2018 study in June 2019 and the results were pretty damning. It found that, in 2018, there were 447,694 diagnosis of STIs made in England, which is a five percent increase on 2017. Chlamydia continued to be the most common STI, accounting for 49 percent of new STI diagnoses. There was a 26 percent increase in diagnoses of gonorrhoea with three cases of drug-resistant gonorrhoea found in England in 2018, a condition that is often dubbed as super gonorrhoea.

Getting tested after sleeping with someone new is relatively easy and quick. Despite this, there has been a 22 percent decline in 15 to 24 year olds taking chlamydia tests since 2014. However, it isn’t all bad news (thank god). The study found that there has been a 54 percent increase in people using internet sexual health services to order tests online within this age group.

As Dr Kathryn Basford, a GP at the online doctor service Zava UK, said in a statement sent to Bustle: "While we’ve seen STIs like syphilis making a comeback in recent years, it’s good to see that Brits are taking ownership of their sexual wellbeing. At Zava, we’ve seen a 33 percent increase in home STI test kits compared to the same period last year, which shows that Brits are embracing online convenience in order to better take care of their sexual health."

"The quicker STIs are diagnosed and treated, the better," Dr Basford says, "If you’ve had unprotected sex and think you may have caught something it’s important to get tested as soon as possible. But remember, some STIs like chlamydia and gonorrhoea can take between two to three weeks to show up on a test and others like HIV and syphilis can take two to three months. If the test comes back negative you should check if you need to repeat it."

Using condoms properly and regularly and getting tested annually for STIs or after a change of sexual partner is a great way to take control of your sexual health. And they're both vital steps in turning these statistics around.