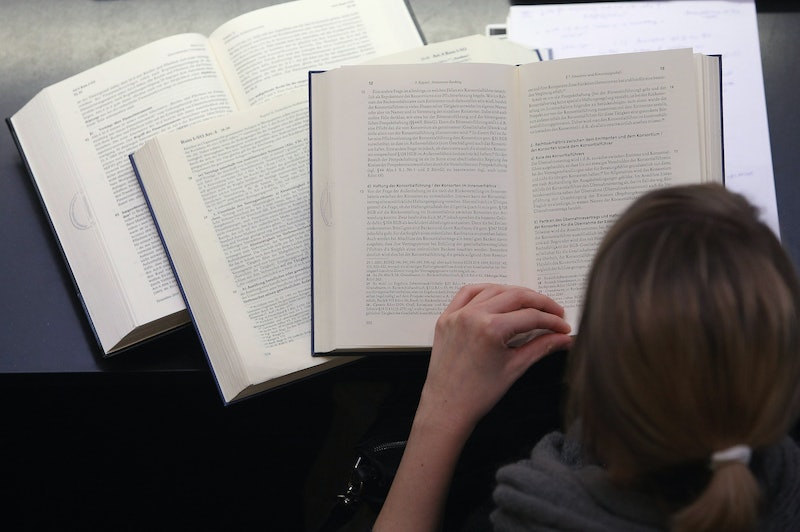 According to lawmakers behind the bill, the REAL Act would restore incarcerated individuals' eligibility to receive Pell Grants, thus increasing their access to affordable higher education opportunities. Specifically, the bill calls for amending parts of the Higher Education Act of 1965 to repeal a 25-year-old ban barring those in federal and state penal institutions from being able to use Pell Grants to pay for college classes, trade school, or other workforce training.

"When we give people in prison an opportunity to earn an education, our communities are safer, taxpayers save money, and we can end the cycle of recidivism," one of the bill's sponsors, Hawaii Sen. Brian Schatz, said in a statement released earlier this month. "The REAL Act would restore a program we know already works and give people a real chance to rebuild their lives."

Illinois Sen. Dick Durbin, one of the bill's other co-sponsors, echoed a similar message in a statement of his own, arguing that, in funding educational programs in federal and state prisons, the REAL Act would "empower individuals to better themselves through education and find career paths once they reenter society."

But incarcerated individuals haven't always been barred from accessing Pell Grants. According to NPR, it was former President Bill Clinton who, in 1994, signed off on congressional legislation that ultimately amended the Higher Education Act of 1965 to include the Pell Grant ban. The Center for American Progress argues that legislation, which is known as the Violent Crime Control and Law Enforcement Act of 1994, "essentially gutted higher education opportunities in prison" as "prior to 1994, Pell Grants formed the backbone of in-prison postsecondary education funding."

Indeed, studies have since shown that education improves post-release outcomes for adult inmates. A 2014 study from the RAND Corporation, for example, found that "inmates who participate in correctional education programs had a 43 percent lower chance of recidivating than those who did not. What's more, researchers concluded that providing education opportunities to inmates can be a cost-effective method for reducing rates of recidivism, or the propensity for incarcerated individuals to reoffend.

What's more, a press release from Schatz's office also claimed that "studies have shown that each dollar spent on secondary education programs for prisoners reduces incarceration costs by $4 to $5 during the first three years after an individual is released."

This isn't the first time that Schatz has introduced legislation designed to restore Pell Grant eligibility for incarcerated individuals. The Hawaii congressman introduced a similar bill in 2016, which, according to Congress.gov, appears not to have made it out of committee.

Companion legislation to Schatz's REAL Act was introduced in the House earlier this month and is sponsored by both Democratic and Republican lawmakers. According to Schatz, a number of organizations have endorsed the REAL Act, including Sentencing Project, the ACLU, the American Bar Association, and the NAACP Legal Defense and Education Fund.

More like this
Target's Best Holiday Gifts For College Students, All Approved By An Actual Gen-Zer
By Casey Clark
Ghislaine Maxwell Is Serving Her 20-Year Prison Sentence In Florida
By Gretchen Smail and Brad Witter
Prince William Condemns “Unacceptable” Comments Made To A Black Guest At Buckingham Palace
By Shahed Ezaydi
Matt Hancock Broke a Major Rule With I’m A Celeb
By El Hunt
Get Even More From Bustle — Sign Up For The Newsletter