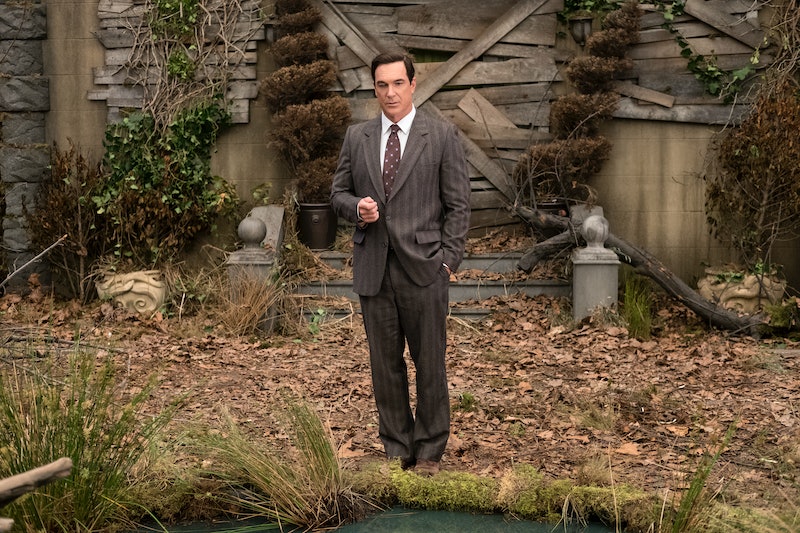 A Series Of Unfortunate Events has many defining quirks, including its mysterious author, Lemony Snicket. In both the original book series and the Netflix adaptation, Snicket blurs the line between author, narrator, and character through implications that he was directly involved with events related to the Baudelaire orphans. Of course, the character doesn't really exist, as Lemony Snicket is author Daniel Handler's pseudonym. Eagle-eyed fans of Handler's work will be happy to find that if they pay close attention, they'll discover a cameo from the real Series of Unfortunate Events author in the Netflix series.

It's only appropriate that a story full of disguises and new identities like A Series Of Unfortunate Events would be authored under a pseudonym. While Handler created the Lemony Snicket persona for the books, it's actor Patrick Warburton who takes up the mantle of the wry novelist in this adaptation, appearing in the series to explain events as they unfold. Luckily, Handler manages to portray another role in the continuous tragedy of the Baudelaire orphans, albeit a much smaller one. If you're having trouble finding the author in the background of the new Netflix series, fear not, because I can point you in the right direction.

Handler, who also serves as a writer and executive producer on the show, seems to have very intentionally placed himself into the action. Neil Patrick Harris, who plays the villainous Count Olaf, told Collider, "[Handler's] in the show, you’ll see him in the actual piece. He’s our own little Alfred Hitchcock." The director of famed classic thrillers like The Birds and Vertigo was notable for nearly always making a quick, silent cameo appearance in all of his films. While Hitchcock usually stayed silent, Handler has some very memorable lines in the new series. Specifically, "Fish heads! Fish heads! Roly poly fish heads!"

Let me explain. Handler portrays one of the many salespeople that populate the open-air market at Lake Lachrymose, which serves as the central location of Episodes 5 and 6 of Season 1. He has a blink-and-you'll-miss-it appearance in Episode 5, which is probably why he reprises his role once again in Episode 7. In the credits, Handler is simply listed as "Fish Head Salesperson."

The only time Handler ever gets to directly interact with one of his own colorful characters comes in the seventh episode, when the regularly incompetent Mr. Poe is looking to find the Baudelaires. Poe asks the local fish monger, "The Baudelaires are lost and unsupervised, do you know what that means?" The Fish Head Salesperson, in a nod to Snicket's habit of going off on a tangent to define certain words and phrases, quickly informs Poe that it means "without supervision."

A Series Of Unfortunate Events still has quite a few books to get through before the Baudelaire orphans reach the end of their story, so perhaps this isn't the last we've seen of the Fish Head Salesperson. Handler's appearance in Season 1 is very brief, it's certainly memorable and a perfect way for him to make an appearance in the largest testament to his work as a writer yet.

More like this
This Episode 6 Moment Foreshadows Viserys' Fate On 'House Of The Dragon'
By Grace Wehniainen
Nicola Coughlan Shared A Lady Whistledown Excerpt From ‘Bridgerton’ Season 3
By Grace Wehniainen, Alyssa Lapid and Sam Ramsden
Everything You Need To Know About 'Rings Of Power' Actor Charlie Vickers
By Darshita Goyal
'Line Of Duty’s Jed Mercurio Has A New Crime Drama In The Works
By El Hunt
Get Even More From Bustle — Sign Up For The Newsletter