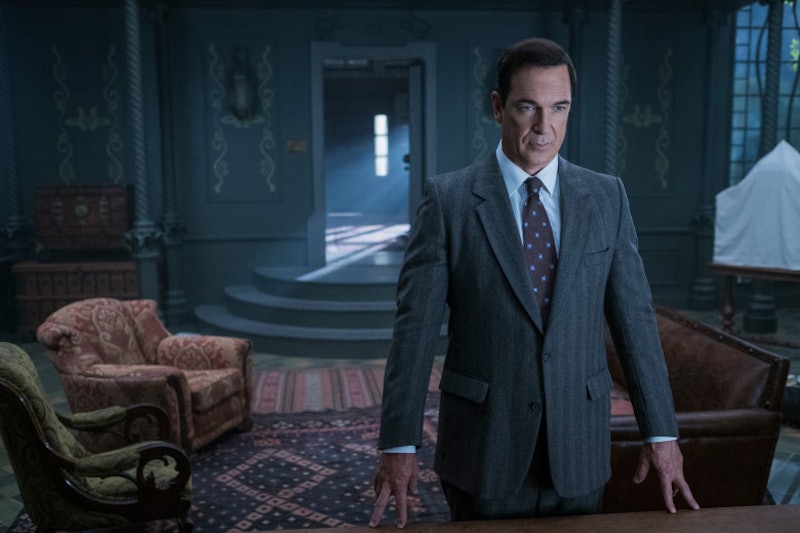 Once, as a young and morose child, I went to the library to request a book by one Lemony Snicket, author of A Series of Unfortunate Events. I was told, by both the librarian and my own mother, that no such man existed, there was no such name as "Lemony," and wouldn't I rather read something more pleasant? This, of course, is almost too perfect, as Lemony Snicket is a man of much mystery and emotional distress. So, the question still stands: Who is the real Lemony Snicket?

Mr. Snicket serves as both author and narrator of A Series of Unfortunate Events, as well as its prequels and companion books. He is also a character within the series: a troubled writer who has been falsely accused of many felonies, who is frequently hiding in inconvenient locations with inadequate lighting, and who is researching the Baudelaire orphans because he feels indebted to their mother and his former fiancée, Beatrice.

The Baudelaire orphans come across his alphabetically named siblings, Jacques and Kit Snicket, but Lemony himself is always removed from the narrative and poorly photographed. So it might surprise some unfortunate fans to discover that Snicket appears as an actual character in the Nasty Netflix Series, played by Patrick Warburton.

It might be strange to see Mr. Snicket's face after he went through such great lengths to hide it in his author photos... but then again, Patrick Warburton is so perfectly melancholic that I think we can forgive Netflix this time around. I would also like to put in a formal request that Patrick Warburton follow me around everyday, narrating my life with his mellifluous (a word which here means "pleasant to hear in a teaser trailer") voice.

But Warburton, of course, is only an actor playing a distressed author, which still leaves us asking... so, who is the REAL Lemony Snicket?

Well, when Netflix announced their intention to adapt A Series of Unfortunate Events, they also announced that: “Mr. Snicket’s participation will be limited, given his emotional distress, but the project has the full involvement of his legal, literary and social representative Daniel Handler, who is often mistaken for him.”

In fact, this Handler fellow also wrote the introduction to Lemony Snicket: The Unauthorized Autobiography, where he again identifies himself as Snicket's official representative in all legal, literary, and social matters.

In fact, Daniel Handler, an American writer and accordion player, is the author behind all of Snicket's writings.

In addition to his bleak children's books, Handler has written several novels for adults under his own name, including Watch Your Mouth, Adverbs, and Why We Broke Up. Even when he's not writing about orphans in dismal situations, Handler's books are brilliant, unsettling, and comically dark.

Handler first came up with the Lemony Snicket pseudonym while doing research for his first novel, The Basic Eight. He needed to contact right-wing organizations for the book, but he didn't want to give them his real name. So he called himself "Lemony Snicket," and the moniker (a word which here means, "a silly name made up to avoid being put on a right-wing mailing list") stuck. Handler has said that the similarity to "Jiminy Cricket" is unintentional, describing the cricket as "exactly the kind of overly moralistic, cheerful narrator who I despise."

Fans will be glad to hear that Handler is both writing and executive producing the new Netflix series.

Handler has also described himself as existing in a state of constant bewilderment.

So there you have it: Lemony Snicket's "official representative," Daniel Handler, is the real author behind all of that misfortune.

Unless... that's just what Snicket wants us to think? Someone should probably check Mr. Handler's ankle for an eye tattoo.