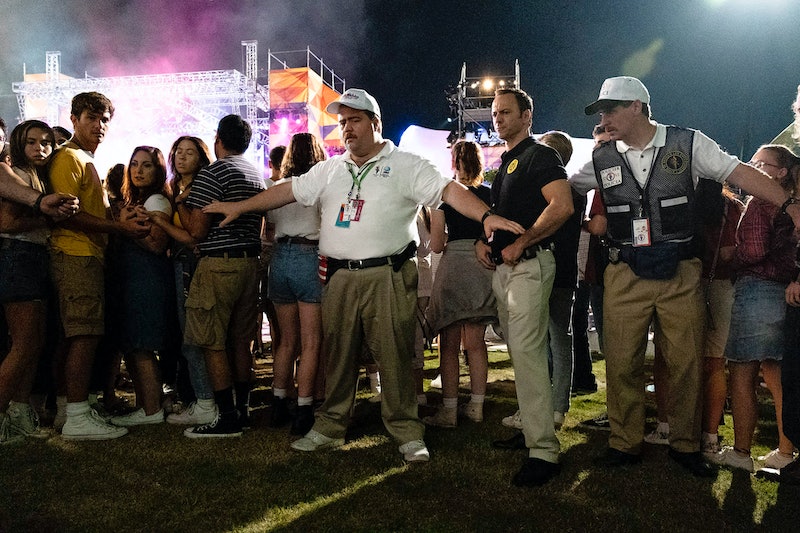 Clint Eastwood's late directing career has been all about transferring iconic real-world stories from the news to the big screen. American Sniper, Sully, The 15:17 to Paris... you get the idea. Eastwood's latest is Richard Jewell, based on the innocent man who was suspected of carrying out the terrorist bombing at the 1996 Olympic Games in Atlanta. The real life story behind Richard Jewell is one that is simultaneously heartbreaking and infuriating, while also serving as a powerful lesson about media irresponsibility and the public's desire to convict someone of a crime without getting all the facts.

If you were around and relatively lucid in 1996, then you probably remember the Atlanta Olympics bombing. The Summer Olympics are always a big deal, and in 1996 that was especially true. For the first time since 1984's Los Angeles Olympics, and the last time until 2028's Los Angeles Olympics, the summer games were hosted in the United States. Specifically, they took place in Atlanta, Georgia. It was the first — and so far only — time the Olympics were hosted in the southern U.S., and excitement in America was through the roof. That excitement turned to tragedy on July 27, 1996 when a pipe bomb detonated at Centennial Olympic Park, immediately killing one person and injuring over 100 more. And if you remember the bombing, then you probably also remember the following media circus that centered on a security guard named Richard Jewell.

Jewell was working security at the park at the time of the bombing, and he actually is credited with lessening the amount of damage caused by the bomb. Discovering a backpack full of explosives before it went off, Jewell heroically helped clear some people from the area, while also calling the authorities about the suspicious bag. Were it not for his actions, it's likely that many more people would have died. And yet, due to the fact that he was the one who found the bomb, coupled with the determination that he apparently matched the profile of a lone bomber, Jewell became the FBI's initial suspect in the explosives' planting.

Shortly after it emerged that Jewell was a suspect, a media narrative developed that amplified his implied guilt. Many outlets characterized Jewell as a wannabe-cop who planted the bomb just so he could find it and be credited a hero. There was just one problem: There was no evidence tying him to the bombing, and he was never formally charged with any crime. It was later revealed that the perpetrator behind the bombing was a man named Eric Rudolph, who, like other deadly domestic terrorists in the U.S., was a right-wing extremist. The bomb was meant to send an anti-abortion message, Rudolph later revealed.

Following Jewell's exoneration — he received a public apology from then-Attorney General Janet Reno — the hero whose life had been seriously upended following potentially-libelous media coverage undertook several lawsuits against outlets that he felt had wronged him, including NBC, CNN, and ABC — all three of which chose to settle out of court.

The story of Richard Jewell, who passed away in 2007 due to complications from diabetes, is both a cautionary one and a tragic one... which explains why Clint Eastwood was motivated to give it the Hollywood treatment in the late security guard's eponymous film.