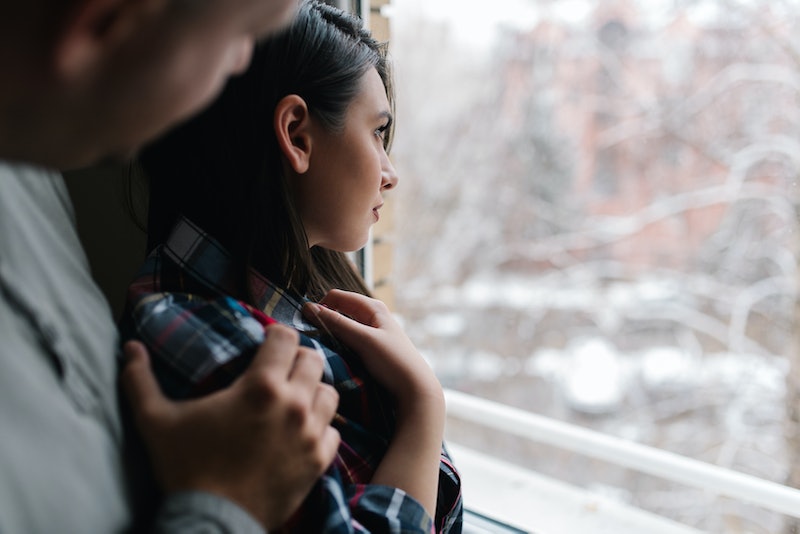 Most of us have secrets. Some of them can be juicy and scandalous like a secret love affair worthy of a Lifetime movie, while others can be fun like a surprise birthday party you're throwing for your significant other. Some secrets might get shared with a select few that you really trust, while others may stay with you until the day you die. But regardless of what kind of secret you're keeping, new research published in the Journal of Personality and Social Psychology found that just thinking about the secrets you're keeping can be harmful to your relationships — and your overall health.

Michael Slepian, an assistant professor of management at the Columbia Business School and colleagues conducted 10 different studies analyzing over 13,000 secrets and found the 38 most common secrets people keep. One of the more interesting finds of their study is the fact that people tend to think about their secrets more often than they have to. Secrets have a way of messing with you no matter how hard you try to move past them.

"Secrets exert a gravitational pull on our attention, and it's the cyclical revisiting of our mistakes that explains the harmful effects that secrets can have on our well-being and relationship satisfaction," Malia Mason, co-author of the study and associate professor of management at Columbia Business School, said in a release. "Along with a diminished sense of well-being and physical health consequences, keeping secrets can also shift a person's focus from the task at hand to their secrets, which clearly can have a detrimental effect on task performance."

According to researchers, these type of recurring thoughts can lead to unhappiness because secrets remind us that we're hiding a part of ourselves and being inauthentic. While some experts would argue that there are certain secrets that are OK to keep from your partner, this study found that keeping secrets can not only lead to a deteriorating relationship, but also a decline in physical health and a lower satisfaction with life. The authors surveyed thousands of people and broke down the most common secrets people keep by gender and age. These are the 10 biggest secrets men and women in their 20s keep: