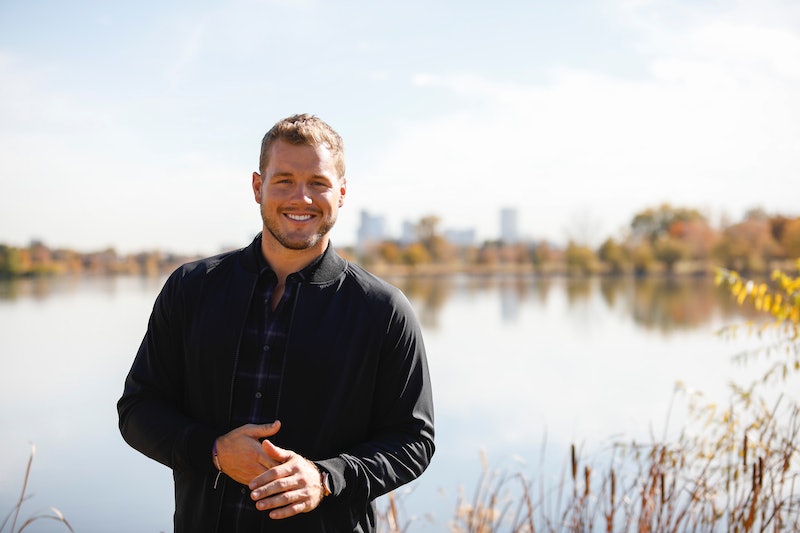 Since the first full-length promo for Colton Underwood's season of The Bachelor premiered in January, there's been a big question on fans' minds, and no, it hasn't been about who he chooses at the end of all of this. Actually, it's been all about the fence, and when he's finally going to jump it. Well, the moment we've all been dying to see is finally here, and it was totally worth the wait. The reason Colton jumped the fence on The Bachelor has been revealed, and actually, it's totally relatable — especially if you're a hopeless romantic, like our leading man seems to be.

All along, Colton's made it clear that his worst fear is not finding the right person at the end of this; he wants someone who's equally as committed as he is, and so when he was confronted with losing the person he loved most, he flipped. Literally. Over a fence. Of course, Colton didn't explain in those words that's why he jumped the fence — and he didn't make it clear exactly where he went — but it seems pretty clear that this all had to do with a certain contestant he's in love with.

On Monday night's episode, Cassie left the show after her dad showed up in Portugal to talk to her about whether or not she was really sure that getting married to a man she just met was actually something she wanted to do. She realized that no matter how she felt about him, it was too soon to make that kind of commitment, and the right thing to do was to go home.

At that point, watching everything play out was absolutely heartbreaking, especially for Colton, because he was totally blindsided by this development, and he seemed to be willing to do anything to make her stay, even promising her that they could stay together with or without a proposal.

But with Cassie ultimately deciding to leave, it seemed like the whole situation was so frustrating to Colton that he decided enough was enough. After all, with what he told Cassie, it didn't seem like he was about to propose to Tayshia or Hannah G., so what would be the point of staying and finishing out his Bachelor season if he'd just be going through the motions? At that point, he seemed like he knew he had to leave, and leave he did.

But because this is The Bachelor, leaving through a door or in a car would have been way too easy. Colton had to leave in style, so he jumped a fence — and he did so with ease.

Not even Chris Harrison could figure out where he was going, and Colton was GONE, so it stands to reason that he started running as soon as he made it over that fence. He didn't just leave; he was probably chasing after Cassie. If he caught up to her, props to him, because she was in a car and Colton was on foot (as far as any of us know, anyway).

Unfortunately, this moment is "to be continued," so we'll have to wait to find out what happens next. But it seems like the saga between Colton and Cassie might not be over yet... and the fence plays a major part in that. With one mystery solved, another is still waiting to be answered. Is this the end of their love story?