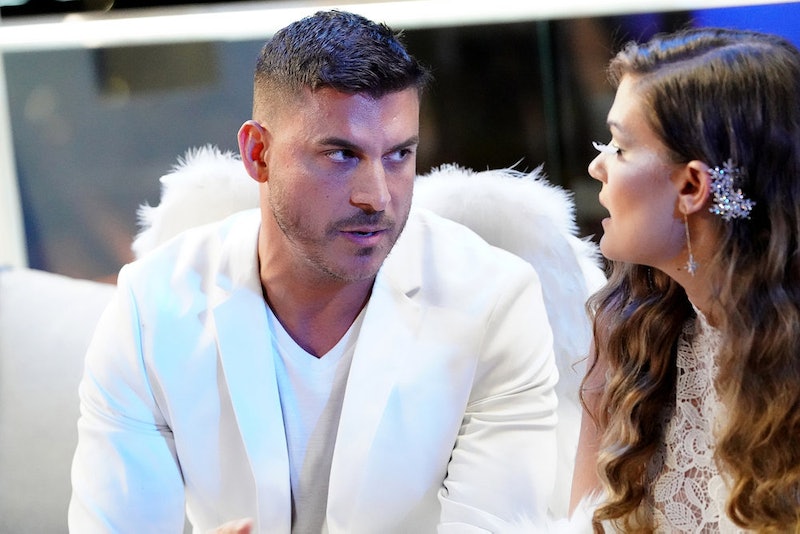 Jax Taylor has always seemed like the rough-and-tumble type — and we've seen him get into a few tussles here and there — but since the passing of his father in December 2017, Jax has become a softer, kinder person. Losing a parent can be life-changing, and Season 7 of Vanderpump Rules has shown how he's coping after his father's death. One unexpected consequence is that Jax and his mom aren't talking, and it shows that everyone has a different way of dealing with grief — for better or for worse.

Jax's dad passed away very suddenly, and as Jax explained in a December 2018 interview with Bravo’s The Daily Dish, it fractured his relationship with his mother. He said that his mom and dad were about to split up about a year before his dad got sick. According to Jax, his mom also never explained how sick his dad was until it was almost too late. "Toward the end, my mom would say, 'Oh, he's fine.' We didn't know he was in ICU; I would have been there in a heartbeat if I knew he was in ICU," Jax said."“I mean, I get it, my mother's trying to protect my sister and I, but I should have been able to say goodbye to my dad."

On Vanderpump Rules, we're saying the aftershocks of this argument play out. Jax's mom barely acknowledged his birthday, offering him only a terse "happy birthday." When Jax's sister called him, he explained how much it hurt him that his relationship with his mother has deteriorated so much. Brittany did her best to comfort Jax, too, but there's not much a person can say — Jax is really grieving two parents at this point.

In fact, he's not even sure his mom will attend his upcoming wedding. "The problem I'm having right now is my wedding and whether or not [my mom] is going to attend," Jax said on The Daily Dish podcast. "So I'm back and forth. It's a rough time right now and I'm trying to deal with it.”

There's no easy answer here except to say that Jax and his mother are both grieving in their own way. Jax wanted more time with his dad, and that's understandable. But perhaps Jax's mom processed his dad's illness and death by pretending that it wasn't happening. It doesn't delay the inevitable, but that's just how some people cope. Their disagreement about how things were handled is now what's driving them apart. Jax is mad at his mother, his mother is mad at him, and his sister, so it seems, is a bit caught in the middle.

The saddest part about all of this is that Jax and his remaining family are divided at a time when they need each other the most. Only time will tell how (or if) they're able to mend fences, but therapy, forgiveness, and perhaps a little bit of space could help them rebuild their relationships after such a difficult loss.