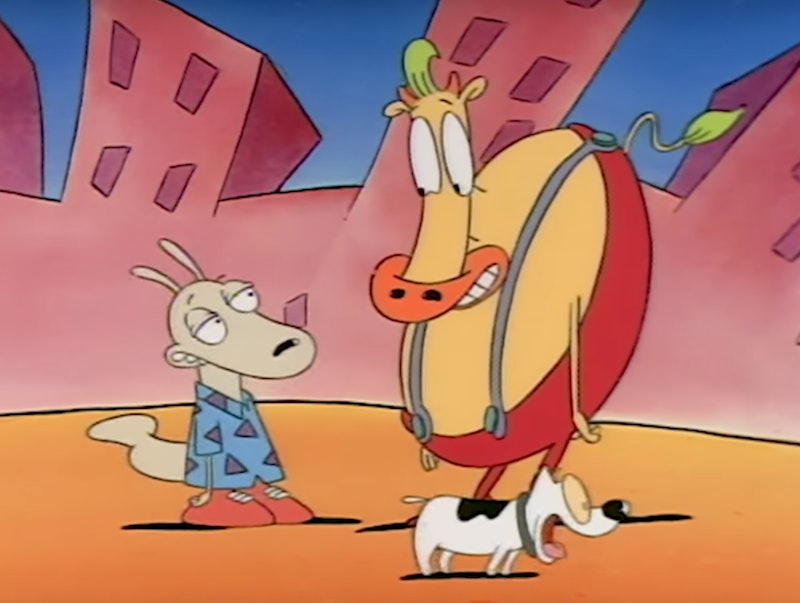 Sounds like Rocko, Heffer, Filburt, and the rest of the denizens of O-Town will be living up to their TV show's name. As Entertainment Weekly reported on Thursday, the highly anticipated Rocko's Modern Life revival, Rocko’s Modern Life: Static Cling, is slated to premiere in 2018. Though the hour-long special features the original cast (Rocko's fans, rejoice), and was written by series creator Joe Murray (go ahead and rejoice again), here's one major difference: There will be 21st century technology in the Rocko’s Modern Life reboot. Gotta keep things, well, modern.

According to Entertainment Weekly, Nickelodeon said,

"['Rocko's Modern Life: Static Cling'] brings the characters back to Earth after being lost in outer space since 1996. Rocko has trouble accepting this 21st century modern life, while Heffer and Filburt embrace every aspect of new technology, social media and the endless diversity of food trucks. Rocko whole-heartedly believes that his nostalgia for the past can save him from the tortures of the modern world."

Aw, dude comes back to planet Earth, only to miss the loving, slap bracelet-wearing arms of the '90s. Who hasn't been there (well, aside from the "being lost in outer space" part)? Who hasn't wanted to swaddle themselves in a blanket made out of Blockbuster VHS cases and Creepy Crawlers until the nostalgia blues go away? Oh, sweet, darling Rocko.

Speaking of social media, Heffer's Twitter account (or whatever the Rocko's Modern Life universe's version of Twitter is called) would probably be a must-follow. Gotta get all of Hef's roller-skating updates, roller-skating videos, and roller-skating tutorials.

Also? A Spunky Instagram account would probably be sloppy, messy delight. At any rate, the Rocko's Modern Life reboot sounds about as thrilling as a Heap-O-Food sale, i.e., the most thrilling.