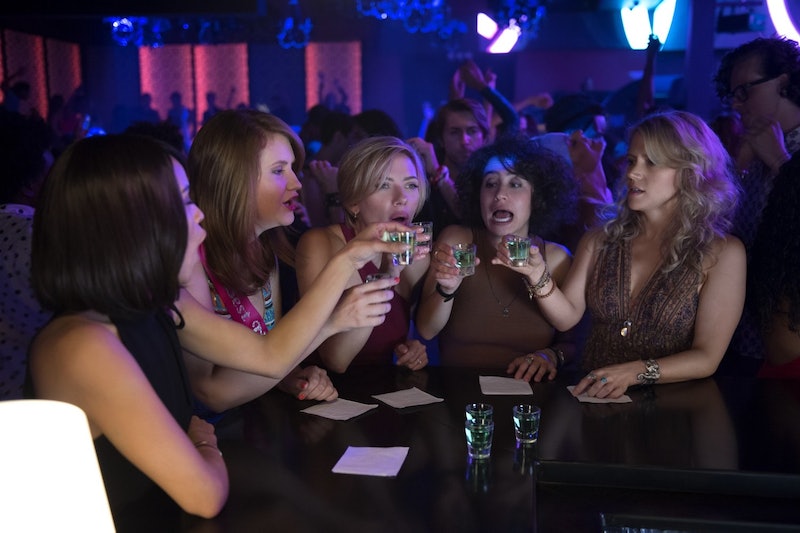 Rough Night is hardly your typical "night out" movie. While at first glance the film appears to be your typical raunchy comedy about a group of female friends having a crazy, drunken night, the movie takes a drastic turn when the group accidentally kill a stripper and then attempt to cover up his death. So to accompany the craziness of the film, there must be some killer tunes, right? So what songs are actually on the Rough Night soundtrack?

Unfortunately, there is no official soundtrack for the film available for purchase, and it doesn't appear as if there are any plans to produce one. That's a shame, because the movie itself is full of a lot of great songs that make for an excellent bachelorette party playlist — even for a party without any dead bodies. The 28 tracks listed below are the songs that are credited as being in the film:

There are several curious inclusions here, such as classical music pieces by Bach and Mendelssohn, as well as an original song written and performed by star Kate McKinnon, which is sure to be hilarious. But most of the soundtrack is made up of party tracks, and I've included a sampling of them below to help you bust a move.

Certainly suitable for a night of drinking, but murder?

Now this one could easily double as a song for both drinking and murder.

Put you dancing shoes on.

No party is complete without a good rocker.

"I Touch Myself" - Divinyls

Fact: No one can resist singing along to this '90s jam once it starts playing.

The soundtrack for Rough Night parties just as hard as the movie, and its songs will undoubtedly start showing up on the playlists of many a bachelorette party for years to come.