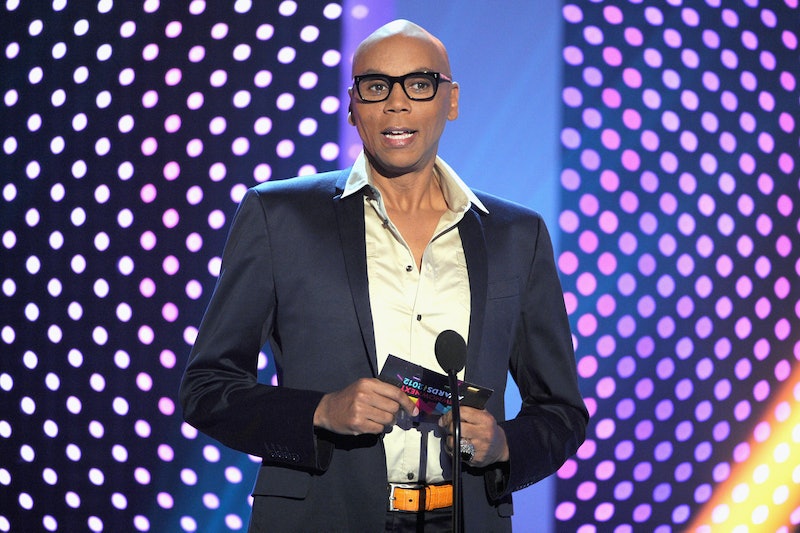 Fans in the UK who copped onto RuPaul's Drag Race early — the reality TV show that's sort of like Next Top Model but for drag queens — have long been awaiting a UK edition. That concept's been thrown around for years, but now RuPaul's Drag Race UK is actually happening and I could not be more excited. What once felt like a far off dream is starting to feel more and more real. And now you can really start to visualise what the show will be like, as all the judges for RuPaul's Drag Race UK have been confirmed.

BBC Three, the show's broadcaster, whipped fans into a frenzy when they confirmed the first judge joining RuPaul and Michelle Visage on Valentine's Day (far better than wilted roses, tbh.) Announcing the news from their Twitter account, RUvealing legendary presenter Graham Norton . "Coming soon to BBC Three," they also wrote. But how soon? It feels like I can hardly wait any longer.

The account posted a video of a very excited looking Norton who confirmed the news. "Hi Graham Norton here, serving chat show host realness," he says in the clip.

"I've been a fan of RuPaul's Drag Race forever," he gushes, as well as bringing up the time that he was a guest judge on the OG US series. If you remember his appearance on All Stars season two, episode six, then you may have got a taster for what he'll be like as a proper judge. "Can't believe this happened!" he tweeted on Sept. 24, 2016, following the airing of his episode. I think he's just going to be constantly excited about this.

World of Wonder, the production company behind RuPaul's Drag Race tweeted on the same day that Norton would be "1 of 2 rotating judges," alongside Ru and Drag Race veteran Michelle Visage. So, who's the second judge? None other than Mr. Chatty Man himself. BBC Three tweeted following Norton's announcement, "@AlanCarr will also be on the judging panel for @RuPaul's Drag Race UK,"

In Carr's accompanying clip, you can see him looking equally as gleeful, as he enthuses: "I've been holding it in for so long," and "I can't wait to see what the queens serve up," before he launches into an iconic death drop aka literally just flopping himself into a pile of leaves. Unlike Norton, Carr hasn't made an appearance on the US edition of Drag Race, but he did interview Ru on his chat show Alan Carr: Chatty Man back in June, 2017. And yep, Drag Race UK gets brought up.

"TruTV has bought all the seasons of RuPaul's Drag Race, and then maybe it'll be the springboard for a UK version of Drag Race. Fingers crossed," Ru said, adding: "The English sense of humour, and I grew up watching Monty Python, it's more biting, it likes to take the piss out of things. And I love that, that's why a UK version of Drag Race would be so brilliant." Now, I feel so grateful to be alive during the time of Drag Race,UK. Start those engines, henny.