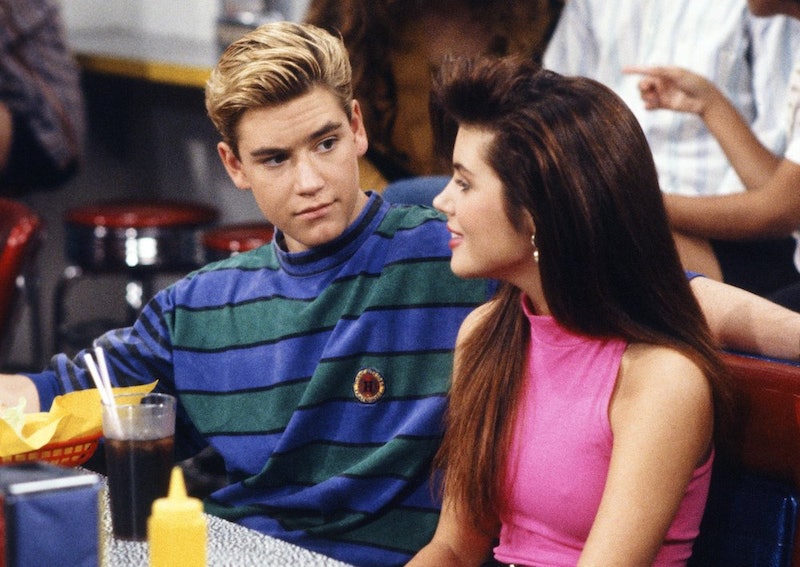 Zack Morris and Kelly Kapowski live on. Mark-Paul Gosselaar confirmed that Kelly returns to the Saved by the Bell reboot in a few episodes. Gosselaar, who led the 1989 NBC sitcom as Zack for four seasons, confirmed the return of his onscreen partner played by Tiffani Thiessen at SCAD’s aTVfest on Saturday, Feb. 29. While the actor previously said in January that the two would appear “in some capacity,” Gosselaar confirmed that he and Thiessen will, in fact, share some screen time.

“As far as I know, she will be in an episode or two with me,” Gosselaar told TVLine. “She was, at the time, working on [Netflix’s Alexa & Katie].” Gosselaar added that the duo’s limited number of episodes together “wasn’t necessarily because of our desire to do it,” but “more of a commitment to other things” — such as Gosselaar’s role in the ABC sitcom mixed-ish, the prequel to black-ish that focuses on Rainbow Johnson’s (as first portrayed by Tracee Ellis Ross) mixed-race upbringing.

Gosselaar will guest star in three episodes of the reboot set to debut on NBCUniversal’s streaming service Peacock, set to launch in April. He'll also serve as an executive producer. Saved by the Bell alums Mario Lopez and Elizabeth Berkley will also reprise their roles as A.C. Slater and Jessie Spano, respectively.

“When California governor Zack Morris gets into hot water for closing too many low-income high schools, he proposes they send the affected students to the highest performing schools in the state — including Bayside High. The influx of new students gives the over privileged Bayside kids a much needed and hilarious dose of reality.”

Peacock’s reiteration comes 27 years after the sitcom went off air. The original series followed the schemes of Zack Morris (Gosselaar) and his fellow Bayside High friends Slater, Jessie, Kelly, Screech (Dustin Diamond), and Lisa (Lark Voorhies). After graduation, Zack and Kelly get married. In an interview with TVLine in 2016, Saved by the Bell executive producer Peter Engel offered a blunt response when asked if he believed the two were still married. “Probably not,” Engel said. “Well, they’d be married — but not to each other.”

Perhaps Peacock's reboot will be less brutal with Zack and Kelly's fate?