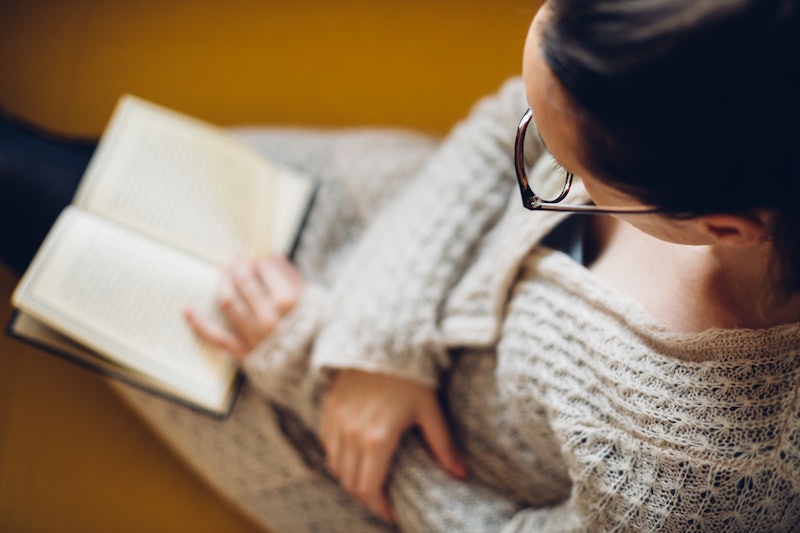 I first came across Helva, the titular Ship Who Sang, in a battered old book called Science Fiction A to Z. The library was selling their copy for $2.98. It was a vividly green "dictionary" of classic sci-fi stories, published in the '80s, with one story per alphabetical theme. Here you could find stories on the theme of "alien worlds" or "bionic persons" or "dinosaurs." The Ship Who Sang was listed in the M's, under the not-so-science-fictional theme of "music." I decided to start there. I knew the author, Anne McCaffrey, from her books about dragons, and anyway she was one of the very few women writers to be included in the book at all.

The Ship Who Sang is not at all about dragons, though. It's about Helva, who, as the first sentence puts it, "was born a thing and as such would be condemned." Helva lives in some sort of dystopian future, you see, where any babies who deviate from the norm are immediately euthanized. Helva is one of these babies. She is slated for death because her eyes, ears, and limbs do not function like the other infants'. But her mind is just as lucid, so her parents are offered one other option: turn her into a living, conscious brain in a jar.

I was horrified. I had to keep reading.

The Ship Who Sang by Anne McCaffrey, $6, Amazon

The story follows young Helva as she is permanently encased in a metal shell. She excels in her classes, and the government decides to program her to one day serve as the living "brain" of a spaceship. She is destined to spend her life installed in a spaceship wall. Every moment of her existence is devoted to this goal, except for her passion for singing, which is entirely her own.

I had read dystopian stories starring teen girls before, but this one felt... different. Helva is not a regulation hottie who runs around trying to take down the government. She does get installed into a spaceship at age 16. She does not have the option of running away or overthowing the people who control her mobility. Sure, maybe somewhere in McCaffrey's universe there is a Katniss or a Tris staging a revolution, but this is Helva's story. The violations that Helva experienced as a baby are horrific. But Helva still has to make the best of the life she has, and she isn't going to let a little thing like being a brain in a jar stop her from learning to sing. Or from falling in love.

Helva is, after all, a 16-year-old girl, and she is allowed to choose her own co-pilot, the human "brawn" to her spaceship "brain." She chooses the cute and respectful Jennan, who loves to listen to her sing. And naturally, she falls head over heels in love with him on day one. Together, they zip around the galaxy going on adventures — until one particularly dangerous rescue mission kills Jennan, leaving Helva alone and devastated. She mourns. She sings at his funeral.

And then... the story just ends.

For years, I thought that was the end of Helva and her quest for romance out among the stars. I thought of her, from time to time, marveling that there was a story, no matter how science fictional, where the teen girl protagonist is a cheerful spaceship who still gets the guy. Even if he dies at the end. How often do we get love stories like that? Where a girl is allowed to exist as pure intellect and still land a caring, brawny astronaut boyfriend?

It wasn't until I was in college that I tried to find The Ship Who Sang again, and discovered that McCaffrey had gone back, at some point, and expanded her story into a novel.

The first chapter of the novel is the original short story again, ending in Jennan's death. But then, Helva keeps going. She grieves. She matures. She disobeys orders. She advocates for the rights of other shell-people like herself, who are given no choice in their bionic existence. She grows up into a self-assured brainship, and eventually negotiates for her own freedom, on her terms.

And while she does all this, she keeps searching for love. She discovers that many of the new "brawns" she gets paired with don't seem to consider her fully human, treating her like a spaceship computer instead of a living being with a soul (we've all been there, amiright ladies?). The book is part space adventure, part dystopia novel, and part rom-com about a smart, single lady spaceship who just can't seem to find the right guy.

Naturally, in the end, she realizes that she's fallen for her grumpy, sarcastic supervisor. And it turns out that he, too, is madly in love with her! From the book:

"They knew each other better than she and Jennan ever had. They knew each other's strengths—and flaws. This was going to be bright heaven with fireworks, a constant stretching toward challenge and achievement. Helva longed to extend this ardent moment. Such pure happiness was so rare, so fragile."

He thinks she's brilliant and beautiful, both as a spaceship and in her physical, human form.

It's a minor point, but it stuck with me: he loves her as a brain in a spaceship, yes. But he also reveals that he has googled her (or something) to see what she would have looked like had she been allowed to grow up without her metal shell. It's a little much (although who among us has not googled a crush?), but it drives the point home: he loves her in both her forms, in any form. He loves her whether she exists in the body that her society has deemed unacceptable, or whether she exists as the body-less mind of a big, shiny spaceship.

As he says on the final page of the novel, "Helva! Don't ever change."

It's not exactly a shocking ending for a mostly light, romance-filled sci-fi novel about a sentient spaceship. But after so many years of thinking that Helva's story ended with a tragedy, I have to say that I prefer McCaffrey's expanded version. It's a story that veers from gut-wrenching to silly, with plenty of rollicking space adventures along the way. But in the end, The Ship Who Sang is really here to remind us all of that clichéd truth: there's someone out in the galaxy who loves you just the way you are — even if "the way you are" happens to be "installed in the wall of a giant spaceship."