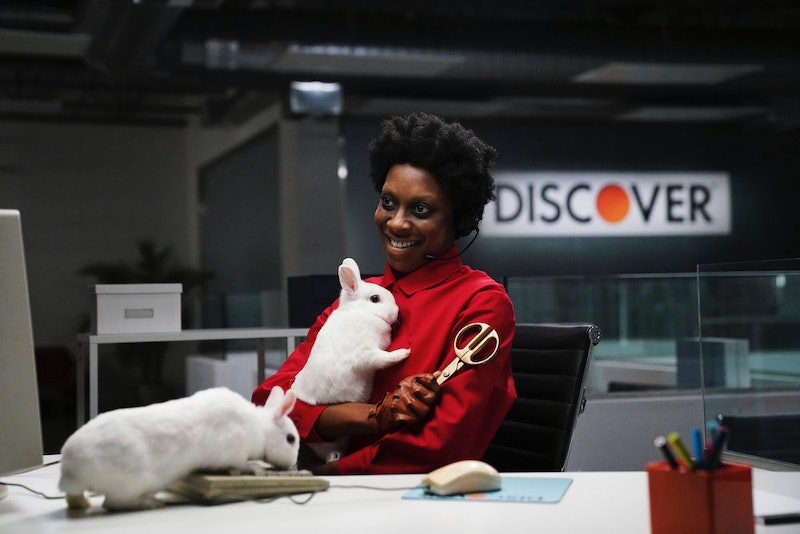 Jordan Peele's Us broke some box office records since its release, so it's no surprise that that the movie was parodied on this week's episode of Saturday Night Live. It was actually perfect timing — the Us parody on SNL was not only funny, but also gave some underrated cast members a chance to shine.

Lupita Nyong'o is known for her roles in films lke Star Wars: The Force Awakens and Black Panther, as well as her Oscar-winning breakout role in 12 Years A Slave, before finally getting the meaty lead dual-role as Adelaide Wilson and her doppelgänger Red. But it was SNL newcomer Ego Nwodim that was able to do the best impression of the former's role and also really make you laugh. Nwodim, SNL's most recent hire that has been filling out roles throughout the season, but has mostly been seen to provide support to other comedians instead of getting to play scene-stealer, finally got her due this week.

SNL's Us parody, however, gave Nwodim the same opportunity as Nyong'o gets in the film to deliver a disturbing double-performance, and hopefully will lead to Nwodim getting more opportunities to show her comedic talents in future episodes.

The sketch starts as a simple credit card commercial, with Nwodim's character excited that she doesn't have to speak to a robot for help, dealing with some questionable credit card purchases. She asks to talk to a "real person."

However, after being greeted to the horrifying voice of Red that Nwodim adapts for her performance as a tethered customer service agent, it seems a robot may have been preferable. The customer service agent's guttural purr of a voice is deeply unsettling and an impressive impression, but even more horrifying is the lack of an effective customer service experience that addresses the main character's issues. The joke goes even further to allow the main character's husband on the phone, played by Kenan Thompson, only to have him be put on the line with a yelping parody of Abraham, Winston Duke's Doppelgänger character from Us, before immediately handing the phone back to Nwodim's character.

The sketch also takes an opportunity to address one of the film's biggest lingering questions — just how did the tethered get their hands on those seemingly custom-fitting jumpsuits, riding gloves, and ornate scissors? The sketch suggests that the tethered simply used the credit cards of their equivalent untethered to order them, which actually makes a decent amount of sense considering it's just a joke. Besides, what company other than a credit card company would have the money and resources to fund a massive science project that creates doubles for every living human being that are linked through some kind of psychic connection? SNL's Us parody managed to be a huge showcase for Nwodim, a loving tribute to one of the year's biggest films, and an effective credit card commercial parody all at once — and unlike Red's big plan in the film, no one had to die to pull off such a great, if unsettling, accomplishment.