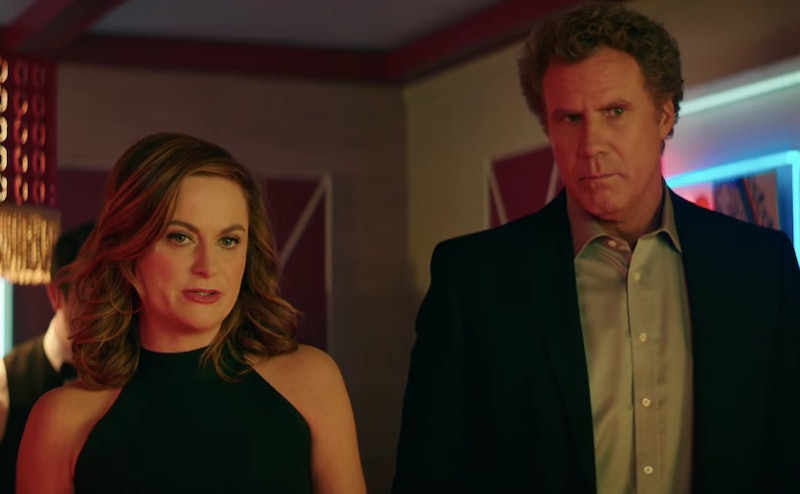 The latest trailer for the forthcoming collaboration between Amy Poehler and Will Ferrell has arrived, and The House looks pretty awesome. From the writer of Mike and Dave Need Wedding Dates, The House focuses on Poehler and Ferrell, a couple whose daughter just got into the college of her choice. However, there's a major problem: The family is totally broke and needs to raise cash quickly to pay for tuition. Luckily, a friend suggests an innovative idea, that the couple starts an underground casino in their basement to generate funds. Surprisingly, they agree. The movie looks like a riot, and to top it off, the song from The House trailer may become your new party jam because it's super, super catchy.

The song in the second half of the trailer is "Love My People" by Crown and The M.O.B., who you might not have heard of yet, but you will. The track is the perfect fit for the comedy, which sees Poehler and Ferrell's lives get more and more out of control, the more embroiled they get with their home casino. With impressive backing vocals, and catchy lyrics, "Love My People" will be stuck in your head as soon as you've heard it, and you'll be wondering why the Brooklyn-born musician Crown isn't renowned yet.

According to the rapper's website, "Crown spins autobiographical rhymes over the live instrumentals of his Venice-based production team and band — the M.O.B. (Message of the Blues)." Combining Motown with hip-hop, Crown and The M.O.B. have created the party song of the summer — and I bet it's only going to get more popular with the success of The House.

Co-starring the inimitable Jason Mantzoukas, who is hilarious in absolutely everything, The House comes out on June 30 and promises to be the feel-good summer movie we all need, with a soundtrack to match.