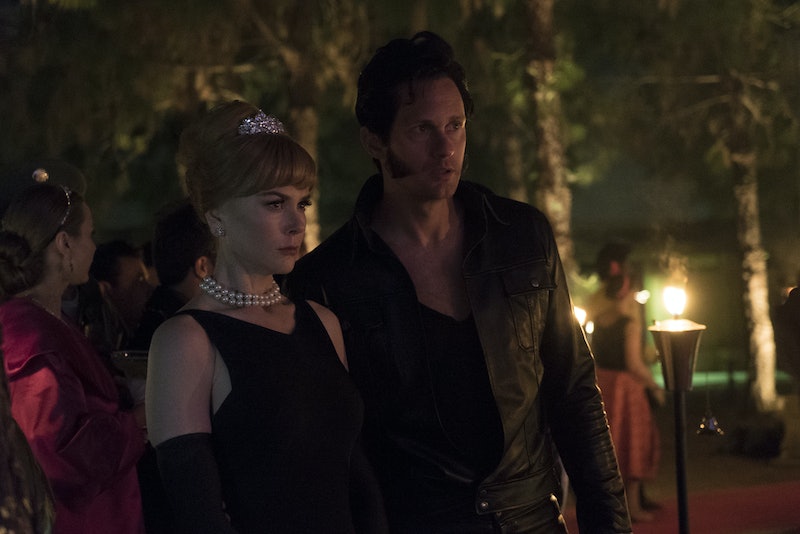 One of the many highlights of HBO's amazing limited series has been the music on Big Little Lies. It didn't take me long to learn that, before I tune in for each episode, it's wise to have my trusty Shazam app ready to go — and, although I've been building my own iTunes playlist since the premiere, I'm still stoked that the soundtrack was released on March 31. Because music has always been so crucial to each and every episode, it was fitting that a strong focus was placed on the songs in the Big Little Lies finale. FINALE AND BOOK SPOILERS AHEAD.

Of course, the music in the finale was a departure from the role it played in the first six episodes. Before Trivia Night turned deadly, the Audrey Hepburn and Elvis Presley themed event provided the opportunity for the show's characters to belt out a few tunes — and, unsurprisingly, Zoë Kravitz's rendition of "Don't" was the hit of the night. Meanwhile, Ed and Nathan (per usual) were relentlessly competitive with one another — but, by the end of the night, they'd put their differences aside after witnessing Perry's violent attack on Celeste, which was immediately followed by Bonnie shoving him off the balcony to his death.

No episode of Big Little Lies would be complete without a proper roundup of the songs, and the finale is no exception. Here are all the songs featured in the finale episode.