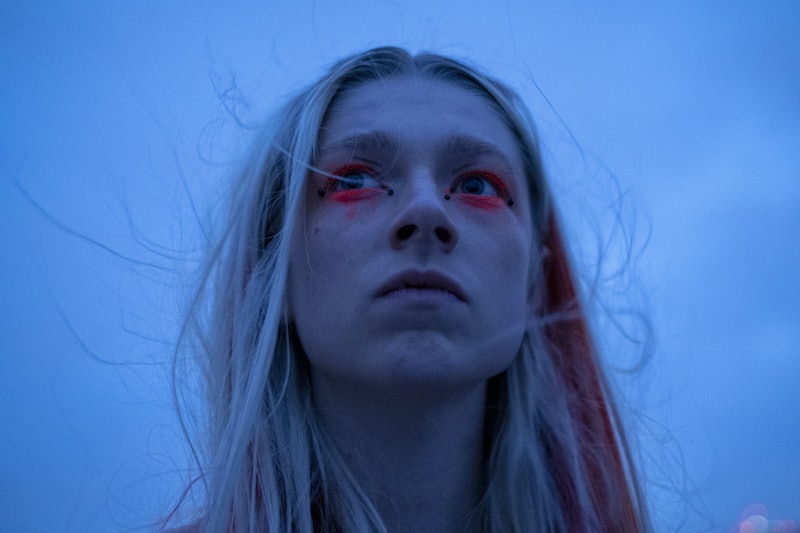 HBO's Euphoria is one of the most propulsive new dramas in recent memory, with the ecstatic highs and agonizing lows of teenhood captured perfectly within the show's very DNA, thanks to its unique approach to filmmaking. Part of that style is its pitch-perfect music choices, and the songs in the Euphoria Season 1 finale were no exception to this rule. Watching the show can often feel like one of the carnival rides Rue and Jules went on in Episode 4: the slow build-up, sudden thrills, and unstoppable momentum of a roller coaster. The expertly curated soundtrack is a key ingredient to this evocative aesthetic.

Euphoria is executive-produced by Drake, so naturally, the show exhibits great taste in pop music. Season 1 included tracks by big-ticket acts including Beyoncé, Lizzo, Billie Eilish, Migos, and of course Drake himself (plus a few songs from star Zendaya). The soundtrack ranged from throwback classics to the hottest new singles from up-and-coming artists. Like a typical teenager's soundtrack, together they perfectly underscore the exhilaration of new love, the tragedy of heartbreak, and every emotion in between. So turn on the music and relive all the ups and downs of Euphoria's finale, because there was no shortage of either.

1. "Rhythm Of The Night" by DeBarge

This classic jam plays over the finale's opening credits as Rue and Jules prepare for their school's winter formal… and then graphically fantasize about killing Nate by shooting him and burning him alive.

This song plays at the formal as Nate and his new cheerleader girlfriend dance, making Maddy jealous… so Maddy picks a random guy to dance with to make Nate jealous.

Another song at the formal, this time underscoring Rue and Jules while they have fun on the dance floor… and Nate leers at them none too subtly.

What's a high school formal without a good remix?

When Kat and Ethan finally get together at the dance, their first kiss is accompanied by this appropriately titled track.

This melancholy tune soundtracks several climactic sequences, as Rue and Jules kiss, Fez breaks into a man's house, and Cassie terminates her pregnancy.

This song plays while Fez beats up his victim and Rue and Jules run away from the dance, but you may also recognize it from being heavily featured in advertisements for the show's first season. (Labrinth also composed the original score for the series.)

Maddy and Nate affirm to each other that their relationship is toxic while slow dancing to this tune, and yet don't break away.

9. "A Song For You" by Donny Hathaway

After leaving Jules at the train station, a heartbroken Rue reminisces about her past — her family, her relationship with Jules, her father's death — to the strains of this soulful song.

A second Labrinth tune can be heard as Rue relapses in Jules' absence and the finale comes to a close… but this time, Zendaya herself handles the vocals. As Rue mouths the words, it's fittingly meta for a show that has continuously kept fans on their toes.

After all of that, it will be a long wait until Season 2.

More like this
'The Queen’s Gambit' Season 2 Tweet Wasn’t From Anya Taylor-Joy
By Mary Kate McGrath, Jack Irvin and Grace Wehniainen
Netflix Shut Down 'Bridgerton' S3 Rumours About A “Very Dark” Storyline
By Bustle
Grammys Host Trevor Noah Made Adele's Dream Of Meeting The Rock Come True
By Brad Witter
Linda Ronstadt’s “Long Long Time” Plays A Pivotal Role In The Last Of Us
By Brad Witter
Get Even More From Bustle — Sign Up For The Newsletter
From hair trends to relationship advice, our daily newsletter has everything you need to sound like a person who’s on TikTok, even if you aren’t.