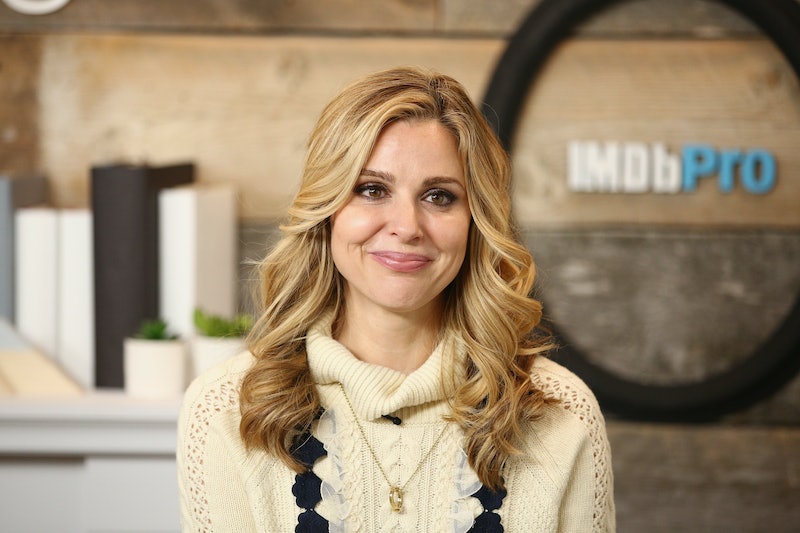 Kara Danvers is on a collision course with several major baddies in Supergirl Season 5, and one of them is the ancient Atlantean Gamemnae. A character adapted from the original DC Comics, Gamemnae is most well-known for leading a league of ancient beings against the Justice League and brutally winning. So, Supergirl may need to assemble an extra strong team in order to defeat her.

According to Deadline, Supergirl's version of Gamemnae (played by Stranger Things' Cara Buono) is an ancient alien who has been safeguarding the Earth from the follies of humanity throughout the ages, but whose ultimate aim is to use technology to subjugate humans. She's described as cunning, witty, ruthless, and always 10 steps ahead of her adversaries.

In the comics, Gamemnae was one of the Justice League's most formidable foes, an Atlantean who harbored a deep hatred for the humans on land. She first appeared in JLA (1997) #69 as an ancient Atlantean who was exiled, learned magic, and then came back to Atlantis to lift the city out of the sea and turn its people into air-breathers.

When Aquaman and his people got sent back in time after a battle, they were captured by Gamemnae, who was furious to learn that Atlantis returned to the sea after her death. She then enslaved Aquaman and the 21st century Atlanteans and made a plan to stop the Justice League from rescuing them. Gamemnae assembled a team of six other ancient metahumans — named the League of Ancients — and when the Justice League showed up, murdered the entire team.

It gets increasingly complicated from there, but what essentially happened afterward is that Gamemnae turned on the League of Ancients and absorbed all of their magic into her body except for one, Manitou Raven. She then tethered her magic to the Atlantis of the past, resurrected herself in present day, and began to drain Earth of all water. The remaining Justice League members struggled to defeat her without heavyweights like Superman, Wonder Woman, and The Flash to help, so Manitou Raven sent the "B team" back in time to break Gamemnae's connection to Atlantis and rescue Aquaman. Meanwhile, the core Justice League team was resurrected in present day with magic, and while they distracted Gamemnae, Aquaman returned and summoned the entire ocean to destroy her once and for all. Somewhere in there they also figured out how to lasso the Earth so all the displaced water didn't throw it off orbit.

It's a very wild and epic storyline, but it's one that will likely play out very differently on Supergirl. Supergirl calling Gamemnae just an "ancient alien" rather than an "ancient Atlantean" may mean she has nothing to do with the ocean at all. The chance that Supergirl Season 5 will suddenly introduce Aquaman also seems pretty slim — though Lena Luthor's Katie McGrath has expressed interest in the past for Aquaman star Jason Momoa to appear on Supergirl.

Of course, with Buono's character not even appearing in the trailer, it's possible Supergirl is saving Gamemnae for a late season appearance, perhaps after all the Lena Luthor drama is dealt with. If that's the case, then the CW's DC universe may just be inching closer and closer to the thing fans have been asking for years: a Justice League team-up on the small screen.