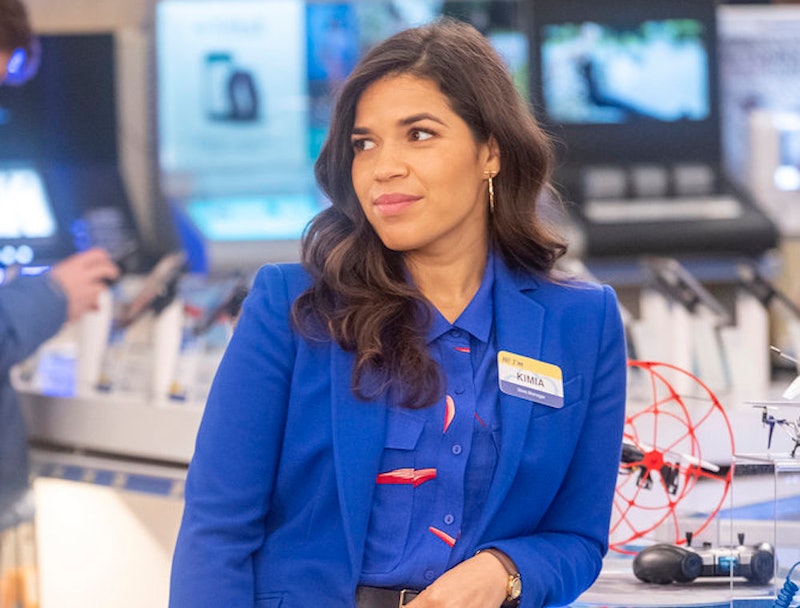 There have been a lot of shakeups that will affect Superstore Season 6 in recent weeks. First, it was announced that star America Ferrera was exiting after Season 5, and then it was announced that Season 5 would be cut short due to the ongoing coronavirus pandemic. So while Superstore has been renewed for Season 6, it's going to look very different than the show fans are used to.

For one, Ferrera's Amy will no longer be part of the series. According to TV Line, she announced in February that Superstore Season 5 would be her final one, citing a need to "start the next chapter for [her] family and career." In a statement provided to TV Line, Ferrera said, in part, "The last five years on Superstore have been some of the most rewarding, enriching and enjoyable years of my career ... I wish only the best, and much continued success, to my beloved Superstore family."

Though Ferrera was planning to be finished with her storyline in Season 5, a coronavirus-influenced production shutdown meant that the final episode wasn't able to be filmed. Ferrera wrote on Instagram that she may return for an episode of Season 6 to give her character the proper farewell she won't get in Season 5. "I assume [this] means we'll be coming back when things clear up to finish Amy's storyline," she said.

Star Ben Feldman echoed that thought, telling TV Line in another article, "[America] has every intention to come back. She wants to see a proper send-off for Amy, so my guess is that'll be worked into next season. Of course, she's pregnant, so we’ll have to figure it out. Then it just becomes a scheduling thing." NBC has not commented on the situation either way, but it would stand to reason that after five years of fans watching Ferrera's character, they'll want that resolution whenever it's possible to have it.

There's no plan for when TV studios will reopen at the moment, which could also impact the timeline of Season 6. Usually the show tapes in August for a late September premiere date. Hopefully, the pandemic has been mitigated by that point, but there's no telling when it will be safe for production to resume.

According to The Hollywood Reporter, Superstore is one of NBC's most-watched shows on digital platforms like Hulu. NBC is likely glad to have it back for the viewership alone, but also because of the storylines. "We're thrilled that Superstore continues to speak to many important and topical issues while simultaneously being hilarious," NBC co-presidents of scripted programming Lisa Katz and Tracey Pakosta said in a statement to THR.

Without Ferrera to lead the charge in Season 6, it remains to be seen how long the show can continue. As INSIDER noted, historically, series don't survive for much longer after a main character exits. The Office carried on for two more seasons after Steve Carrell left, but those seasons are not as beloved by fans. Once Upon a Time only lasted a single, poorly-viewed season after many of its stars exited after Season 6. Zach Braff likes to say there are only eight seasons of Scrubs, choosing to ignore the last one that went on without some of the main cast members. And after Ashton Kutcher and Topher Grace left That '70s Show, it only survived one more season. The list goes on.

By that notion, a Ferrera-less Season 6 could end up being Superstore's last. But at least she may be back for one episode next season, if just to say a proper goodbye.