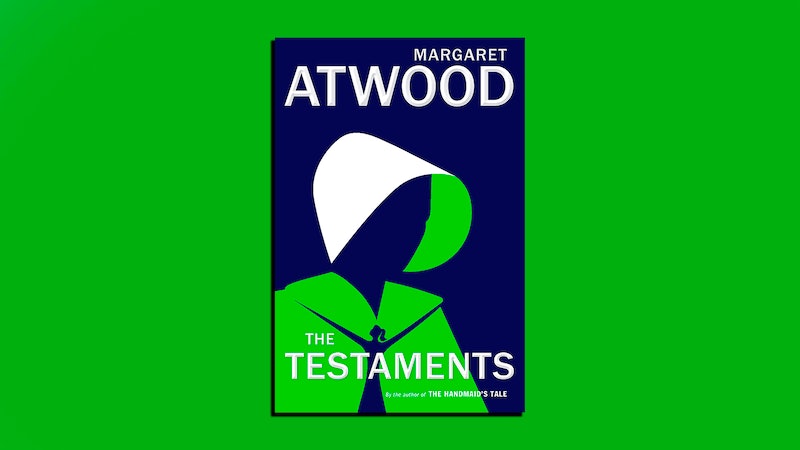 Thirty five years after Margaret Atwood first published The Handmaid’s Tale, the sequel is finally here: It is powerful, it is relevant, and it is already breaking sales records. The Testaments is evidence of Atwood’s masterful ability to craft prescient narratives that speak to political pressure points and social anxieties. In this time of climate breakdown and democratic erosion, Atwood seemed to know exactly what readers needed: A little bit of hope. The optimism of The Testaments is not heavy handed or unrealistic; rather, it is sprinkled in carefully, reminding readers that a better world can come after persistent struggle.

The novel begins 15 years after the final act of The Handmaid’s Tale, in which Offred leaves the Commander’s house to meet an unknown fate. The Testaments confirms that Offred survives, but she is not the focus of the book. Instead, it is narrated by three women with different and complicated connections to Gilead and Offred: Two are her daughters — Agnes and Nicole —and the other is Aunt Lydia, the complex matriarchal figure from the first installment.

Nicole and Agnes, initially unaware of their connection but bound by their rebellious mother’s spirit and their shared desire to discover her true fate, eventually find each other. After joining forces in Gilead, they embark on a dangerous and dramatic journey towards Canada, where they can be free.

Atwood's tone in the first book was overwhelming pessimistic; persistent gloom and darkness snuffed out any traces of hope. The Testaments, however, leaves room for optimism. The two sisters do live and escape, and their story ends in Canada, where a hazy dream sequence leads readers to believe that Offred has joined them. Mother and daughters are reunited in freedom at last: together, happy and liberated, something readers didn't dare to dream of happening in The Handmaid’s Tale. The Epilogue to The Testaments confirms that the two young women survive for many years, and go on to have their own children and grandchildren.

Hope is sparingly but intentionally woven through the three storylines of The Testaments, allowing readers to imagine a future beyond Gilead’s horrors and the characters’ current predicaments.

Critics have rightly pointed to the major difference in tenor between the sequel and its predecessor. In her Salon review, Ashlie D. Stevens wrote that The Testaments is "driven by a necessary, pulsing sense of hope; a muted heartbeat that lets readers know that there is something else, hidden amidst the icy cruelty and the subjugation, ready to burst to life." This shift towards optimism "arrived right on time, to remind us to stay in the fight," she adds. Hope is sparingly but intentionally woven through the three storylines of The Testaments, allowing readers to imagine a future beyond Gilead’s horrors and the characters’ current predicaments.

In recent interviews, Atwood has spoken about what brings her hope these days: Young people, like her two characters in The Testaments, and the increasing recognition of their own political power. She told the New York Times: "What I’m hopeful about, rather than scared, are the young people. They are changing the political discourse." Never has this been more apparent than in the aftermath of the largest climate rallies in history, all led by youth strikers.

Though slightly reticent with explicit environmental messages in The Handmaid's Tale, Atwood does not hide her climate politics in the real world. She lifts up youth climate strikers and radical direct action Extinction Rebellion activists, tweets about the need for more thorough, intersectional climate journalism, and encourages public demonstrations. At an event last year, she spoke passionately about how dimensions of gender and inequality intersect with the climate crisis, and make women and girls more vulnerable. She supports the activist-driven effort to call "climate change" the "climate crisis," a rhetorical shift that reflects the urgency and scale of the challenge. Margaret Atwood is down with the cause. She knows young people are its strongest fighters and finds hope in them. In this time, hope is something both she and her readers desperately need.

The parallels between The Testaments and the current political crisis of the United States are too obvious to deny: Children are ripped away from their mother’s arms; refugees sacrifice everything in search of a less oppressive life in the north; a climate crisis spins out of control as elites and politicians ignore the growing problem. The reflections of our current world in her writing are stronger and more painful than they have ever been. But Atwood does not leave readers with feelings of hopelessness, unlikely to spur them to action. She gives them instead a brief glimpse of what could come next: Life beyond Gilead for these two young women, and a future world less violent and less disintegrated than their current one.

But there is another way to interpret Atwood’s words: We are living, as usual, by ignoring the climate crisis.

In the Acknowledgements section of The Testaments, Atwood addresses this change directly, commenting on how readers of the The Handmaid’s Tale pushed her to decide what was next for Gilead. "Thirty-five years is a long time to think about possible answers, and the answers have changed as society itself as changed, and as possibilities become actualities. The citizens of many countries, including the U.S. are under more stresses than they were three decades ago." She is well aware that these previous possibilities, written as dystopian imaginaries, are now all too real for many readers.

"We lived, as usual, by ignoring," muses Offred, about the rise of Gilead, in The Handmaid’s Tale. "Nothing changes instantaneously: in a gradually heating bathtub you'd be boiled to death before you knew it." These sentences, critics are quick to point out, are a warning about the transition from democracy to authoritarianism. But there is another way to interpret Atwood’s words: We are living, as usual, by ignoring the climate crisis. We are living in a gradually — but rapidly — heating world, and we are acting as if though we will not burn to death if we do nothing. In The Testaments, her characters reject this process of apathy. They despair, then fight. Her readers should do the same. Margaret Atwood has already indicated she believes in us.