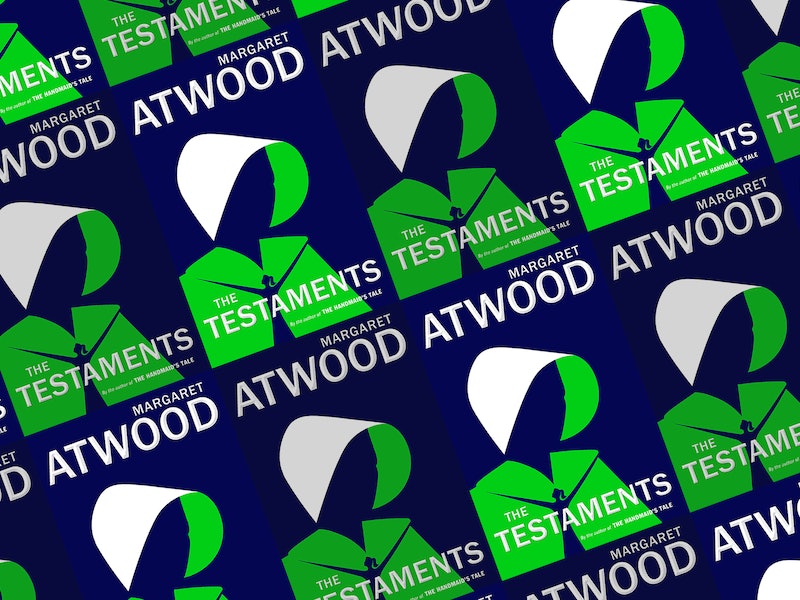 Obviously, there are major spoilers ahead for both The Handmaid's Tale and The Testaments. You have been warned.

The Handmaid's Tale ended with its narrator, Offred, boarding a secret police van that may or may not have belonged to the underground resistance movement known as Mayday. At the time, she believed herself to be pregnant by her lover, Nick, who was himself a member of the secret police — the Eyes. Nick assured Offred that they had been sent by Mayday, not the Eyes, but she had no way of confirming without putting herself at risk. At the close of The Handmaid's Tale, readers were given little clue as to what happened to Offred in the aftermath of her escape from the Commander's house. (There is also an epilogue to The Handmaid's Tale, which takes place hundreds of years in the future, that may very well be the most disturbing part of the entire book.)

Now, readers can finally discover what happened to Offred. Picking up 15 years after The Handmaid's Tale left off, The Testaments brings together three narrators — Agnes, Daisy, and Aunt Lydia — to tell the continuing stories of Gilead and Offred. Here's what to expect:

More like this
The 'Firefly Lane' Book Ending Teases Way More Tears To Come In 2023
By K.W. Colyard
'Bridgerton' S3 Teases Exciting Social Season For Penelope Featherington
By Bustle
Amanda Gorman Shared A Powerful Message On Meghan Markle’s Penultimate Podcast
By Darshita Goyal
The 'Lady Chatterley's Lover' Book Leaves Us With A Troubling Question
By Catharina Cheung
Get Even More From Bustle — Sign Up For The Newsletter