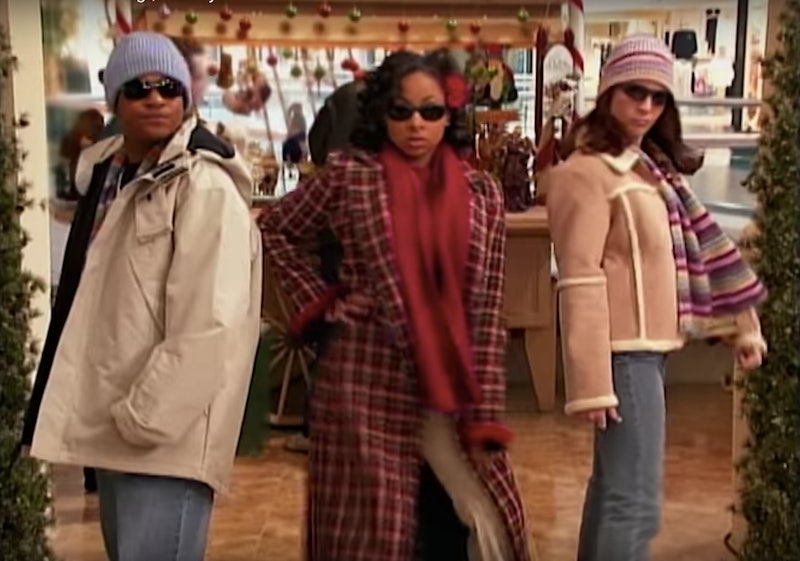 A decade seems like no big thing to this tight-knit TV family. After over 11 years since the beloved comedy ended on the Disney Channel, the That's So Raven cast reunited and it's like no time has passed since the Bayside High School days. Although the cast members' reunion is missing the show's leading lady Raven-Symoné, they were still psyched to see each other.

Details about how or why the reunion happened remain unclear. But luckily, actor Rose Abdoo, who played Senorita Rodriguez on the show, was able to snap and post a photo of it on Instagram on Feb. 11. In the picture, Abdoo squeezes between Anneliese van der Pol (who played Raven's best friend Chelsea Daniels) and Rondell Sheridan (Raven's father Victor Baxter). All three actors have overly excited expressions on their faces and the caption reads: "Happiness is spontaneously running into old pals from my 'That's So Raven' days!!! @anneliesevanderpol & @rondellsheridanoffical."

Although Abdoo said the encounter was "spontaneous," perhaps they were together on the set of the revival Raven's Home. Anneliese van der Po has revived her role as a series regular in the Disney show. Rondell Sheridan made an appearance in one episode during Season 2 last year, according to IMBd. Led by Raven-Symoné, Raven's Home was renewed for a third season in November of last year after running for two seasons since its premiere in 2017.

It seems Abdoo's photo was the only documentation of the reunion on social media (van der Po didn't post anything and Sheridan's Instagram account is private). But this group of old friends goes back over 15 years and their enthusiasm about seeing each other is clear. That's So Raven ran from 2003 to 2007 on Disney Channel, with its series finale in November of 2017. It followed Raven Baxter, a young woman who was psychic yet found herself in all sorts of loony circumstances often in attempt to avoid what she was seeing. In addition to her wingwoman Chelsea (van der Po), Raven's other best friend was Eddie Thomas (Orlando Brown). The hilarious cast was rounded out by Kyle Massey (Raven's little brother Cory Baxter) and T'Keyah Crystal Keymáh (Raven's mother).

While Raven-Symoné and van der Po continue working on Raven's Home, the rest of the cast seem to have gone their separate ways. Kyle Massey was the star of his own spinoff Corey in the House from 2007 to 2008. And in August last year it was revealed by Us Weekly that Massey would join The Hills reboot on MTV, although the actor never appeared on the original series during its run. In December of last year, cast member Orlando Brown spoke to Dr. Phil about his downward spiral including addiction and substance abuse, homelessness, and mental health struggles. In a 2016 interview with VladTV, Brown described his relationship with Raven-Symoné by strangely making a series of noises.

While the release of Raven's Home Season 3 has yet to be confirmed, this photo could be telling about what's to come for the show's OG fans.