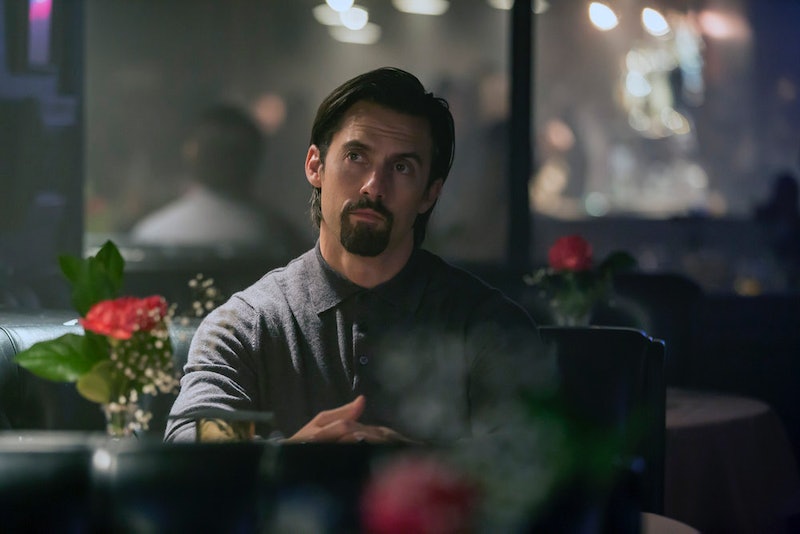 In the first two installments of the Big Three trilogy of episodes on This Is Us, Jack caused massive stress to viewers everywhere by attempting to repair a faulty fuse box. Given what's known about the cause of his upcoming death and the fact that it has something to do with a fire that destroys the Pearson home, it would be best if Jack stayed far, far away from all electrical work. But, the inevitable cannot be delayed, and Jack's death will soon be revealed in full. The question is — does Jack start the fire with the fuse box on This Is Us?

It seems likely that the fuse box is important in some way, if only due to the fact that it's appeared in the episodes focusing on Kate and Kevin, and will likely be mentioned in Randall's episode if the trilogy continues to follow the same formula it used for its first two-thirds. What remains unclear, though, is if the fire erupts due to Jack's attempted repairs or if an electrical fire breaks out because of the issue he's trying to fix in the first place. Jack's a contractor by trade, but not an electrician — while he's likely got some know-how up his sleeve, electrical work can get dicey extremely quickly, and even the slightest error could prove catastrophic.

Online speculation about Jack's death only grows more fervent as time goes on, and viewers aren't letting the fuse box go unnoticed. "I️ think he fact that all the big three episodes start with a electrical issue leads on to how the Dad died," Reddit user mattwilson2002 wrote in the Nov. 21 episode discussion thread. Some are also speculating that the focus Kate's dog received in last week's episode contributes to the electrical fire theory. "Couple this with the oddly long screen time the dog got and it's pretty clear at this point," another user, roastedbagel, wrote in response to the previous comment. "Electrical fire > Jack running back to save Kate's dog (which would solve the 'it was Kate's fault [clue]') > Jack doesn't make it." Mandy Moore herself even told viewers to pay attention to the dog. At an Entertainment Weekly and People magazine panel following the Season 2 premiere, Moore said that the dog, along with Randall's girlfriend and Kevin's broken leg, were important clues regarding Jack's death.

"Here's my theory with the blown fuse playing a part in the house fire: Another blown fuse will cause the power in the house to go out. Kate (or possibly one of the other kids) lights candles to have as a source of light in the house until power can be restored," another Reddit user, kms333333, wrote. "Kate's dog knocks over the candle(s), which starts the house fire. Before anyone can realize what the dog has done, the fire has grown out of control."

But not everyone is convinced that the fuse is a legitimate clue. "[The fuse is] probably a red herring," wrote RD_Alpha_Rider. "Why would Kate blame herself for ... wiring in their house that presumably caused a fire that presumably killed Jack?"

Of course, there are always reasons that could explain away these questions — as user MatanKatan pointed out, perhaps Kate doesn't blame herself for the fire itself so much as she blames herself for Jack running into it. If Kate covered for Kevin if he snuck out that night, leading Jack to run inside and save him when he wasn't even there, that could explain her misplaced guilt and Kevin's inability to cope with the tragedy.

Regardless of the details of what happens after the fire starts, one thing is clear — the show has spent far too much time showing electrical issues in the Pearson home for it to have been by accident. It's possible it's a red herring designed to throw viewers off the true scent, but showrunners have said that Jack's death will be fully revealed this season, so how much time do they really want to devote to false clues at this point? One thing is certain — all eyes will be on the fuse box until further notice.

More like this
Grey's Anatomy Fans Are Worried They Figured Out The Sad Reason Japril Returns
By Brad Witter
'Who Killed Sara?' Won’t Return For Season 4
By Brad Witter
Everything To Know About Marvel's 'Echo' Series On Disney+
By Grace Wehniainen
The Good Doctor Already Added 2 New Cast Members For Season 6
By Brad Witter
Get Even More From Bustle — Sign Up For The Newsletter