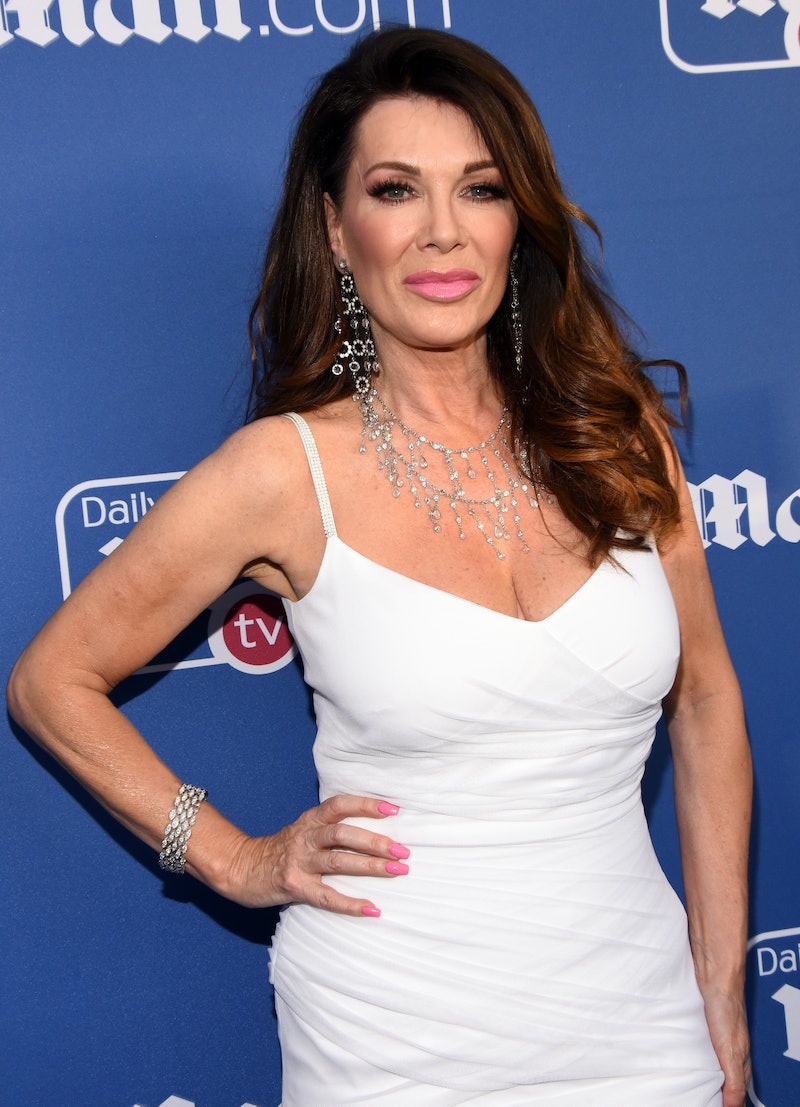 It looks like the wait may finally be over for Vanderpump Rules fans. After what seemed like an eternity of speculation, Lisa Vanderpump's restaurant collaboration with Tom Sandoval and Tom Schwartz Tom Tom appears to be opening sooner rather than later, according to a recent report from DailyMail. Sandoval and Schwartz celebrated the West Hollywood bar's first look at an event held on Wednesday, July 11 during DailyMail.com and DailyMailTV's summer party. Vanderpump and her husband Ken Todd were in attendance at the affair in support of their junior business partners Sandoval and Schwartz, who together have been working tirelessly to open the new venture.

DailyMail points out that the two Toms agreed to put in $50,000 each for 5 percent stake in the newest addition to LVP and Todd's growing hospitality empire which includes the LA-based SUR, Villa Blanca, PUMP, and now, Tom Tom. Vanderpump proposed the idea to the Toms nearly two years ago during Schwartz’s August 2016 wedding to Katie Maloney.

While the official opening day has yet to be formally revealed, Sandoval announced on Instagram that Tom Tom would be ready to go in "3 and a half weeks" on Sunday, July 1, and a representative for Tom Tom, who also reps Sandoval, told Bustle that Tom Tom will be open to the public in the "last week of July."

In addition to Vanderpump and Todd's appearance at the soirée, there were many other members of the Vanderpump Rules cast who turned out for the lounge's soft opening, including Stassi Schroeder, Jax Taylor, Brittany Cartwright, Lala Kent, Scheana Shay, James Kennedy, Ariana Maddix, and Schwartz's wife Katie Maloney-Schwartz.

It's unclear if any other costars besides Sandoval and Schwartz will be part of the Tom Tom staff. However, on Monday, July 9, Jax hinted that he may be working at the new spot, tweeting that he was going to "meetings at the new #tomtom." In Season 6 of Vanderpump Rules, fans saw Vanderpump tell the longtime SUR-tender to quit his job. However, she later hinted at the possibility of Jax potentially working at her newest endeavor, Tom Tom during the show's season reunion.

Although Jax's participation at Tom Tom remains a mystery, he did have the official honor of being the first person to celebrate a birthday at the new bar, according to Bravo. The 'Pump Rules bad boy continued his 39th birthday festivities at the event where LVP sung to him. The moment came days after he celebrated with his costars earlier this week.

No need to feel any FOMO over not being invited to the party, however, because Page Six noted that cameras were rolling at the event. And famous faces such as Lance Bass, Blac Chyna, Spencer and Heidi Pratt, Heather McDonald, and Rachel McCord were all on hand for spot's debut. There were also plenty of Bravo celebs in attendance, including Real Housewives stars Dorinda Medley and Teddi Mellencamp Arroyave as well as Shahs of Sunset's Reza Farahan and Mercedes "MJ" Javid, Flipping Out's Jenni Pulos.

Notably proud of Tom Tom, Lisa Vanderpump gushed about the bar's design to DailyMailTV during the event, telling the outlet, "It's just been an extraordinary journey. When you see inside, it's like you've been transported into another world." Discussing the perils of being a business owner, the Real Housewives of Beverly Hills star also explained: "Sometimes, I did want to pull my hair out. No, most of the time I did." LVP also confirmed that fans will get to see the process of opening a new potential hotspot with Sandoval and Schwartz on the show. "I think this was their first venture into really a serious kind of deadline, so you'll see on the show how hard I kick their butt," she said, according to Bravo.

Fans will certainly be glad to see that things have finally come to fruition for LVP and the Toms. Soon, not only will they be able to see all the working shenanigans in Vanderpump Rules returns for Season 7 later this year, but they will also be able to visit Tom Tom for themselves.