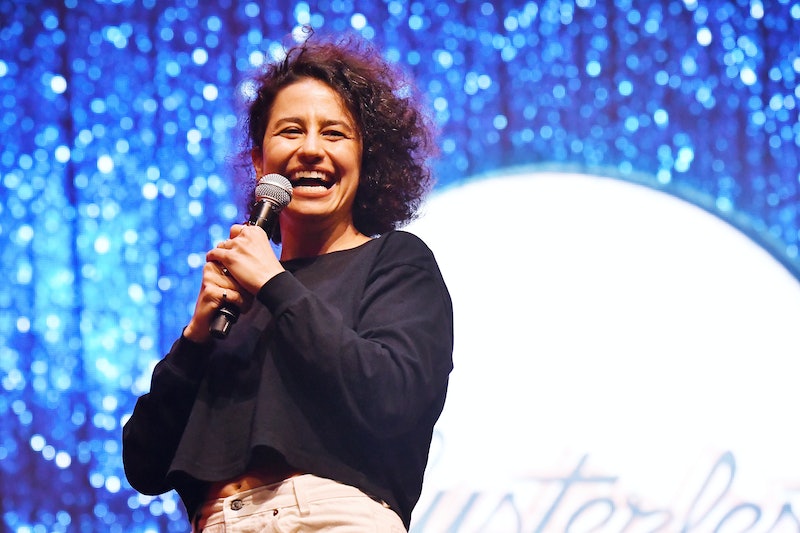 Burn, baby, burn. The official trailer for Ilana Glazer's first stand-up special, The Planet Is Burning, offers a hilarious take on the current dumpster fire that is the world we live in. In the special, Glazer throws down sick burns against Nazis and crappy razors, but she's not all doom and gloom. Yes, despite everything that's going on, Glazer still has hope and a whole lot of jokes.

The comedy special, which premieres Jan. 3 on Amazon Prime Video, is Glazer's first project to be released since saying goodbye to Broad City earlier this year. So that might be why Glazer wanted to get the obvious out of the way right up top. "There are a lot of differences between Ilana Wexler and Ilana Glazer," she says of her Broad City alter-ego during the trailer. "You're going to be shocked and impressed."

The Planet Is Burning was filmed in Houston, Texas, the last stop of Glazer's 2019 tour of the same name. The eight-city tour had Glazer tackling current social issues with a laugh. Not to mention a bit of optimism. But don't expect the special to touch on our warming planet. "It's too depressing," Glazer told Sierra Club Magazine about her lack of climate science jokes in her new special. "And honestly doesn't make for good stand-up bits."

That doesn't mean Glazer isn't making politics fun. Since ending her Comedy Central series, which was always political, Glazer has been even more focused on social activism. Her Instagram has become a place where she can encourage followers to get involved in politics, posting explainers about candidates she supports like Tiffany Cabán, a queer Latina who ran for Queens, NY District Attorney. In October, Glazer and Abbi Jacobson even reprised their Broad City roles to encourage New Yorkers to get out the vote in the 2019 primaries.

She also co-founded Generator, a platform where people can connect online and IRL to talk about how political policy has affected them personally. As to why Glazer wanted to start Generator with Ruby Anaya and Glennis Meagher, she told the Sierra Club, "We all have a platform now. I know Instagram and Facebook are evil, but I think real democracy is erupting in the form of social media."

Glazer's also bringing her social activism to the big screen. She recently completed shooting False Positive, the psychological horror movie she co-wrote, produced, and stars in all about menstruation. In 2020, Glazer is on a mission to keep us woke and laughing.