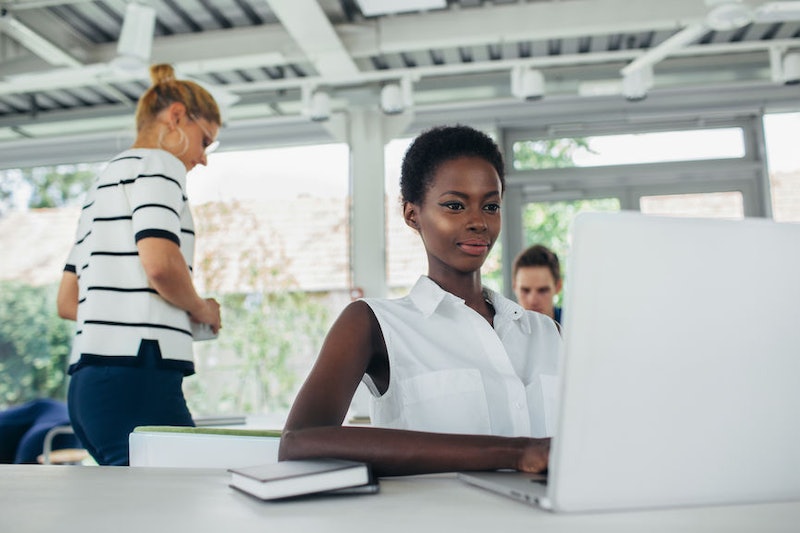 According to a new study, the UK ethnicity pay gap sees BAME (black, Asian, and minority ethnic) workers lose a total of £3.2 billion a year, in comparison with white coworkers performing the same jobs. The report, released by the Resolution Foundation, reveals that the pay gap mounts to 17 per cent for black male graduates, who lose out on £3.90 an hour. Black women face the largest pay gap amongst female graduates: they earn 9 per cent less than their white counterparts, or £1.62 less an hour. As the Guardian reports, the study comes amid calls for the government to implement mandatory ethnicity pay gap reporting.

The think tank incorporated factors including occupation, education, industry, contract type, and location in order to calculate the "pay penalties" faced by BAME workers, calling the results "immensely worrying." Resolution Foundation research and policy analyst Kathleen Henehan said that the significant pay penalties "indicat[e] that along with developing policies that help boost men and women from ethnic minority backgrounds 'up' the pay ladder, we also need a better understanding of — and response to — discrimination and disadvantage that could bring them 'down'."

"Black, Asian and minority ethnic workers have made important gains in the labour market in recent years. A record number of young BAME workers have degrees, and a record number are in work," Henehan told the Guardian. "However, despite this welcome progress, many of Britain’s 1.6 million black, Asian and ethnic minority workers face significant disadvantages in the workplace."

"After the successful steps taken to expose and tackle the gender pay gap in 2018, we now need greater accountability on the ethnic pay gap in 2019," Henehan added.

In October, Theresa May launched a consultation into whether employers should be compelled to report their ethnicity pay gaps, after the introduction of similar legislation mandating large companies to release their gender pay gap statistics. "Our focus is now on making sure the UK’s organisations, boardrooms and senior management teams are truly reflective of the workplaces they manage, and the measures we are taking today will help employers identify the actions needed to create a fairer and more diverse workforce," the prime minister said.

The consultation came in the wake of an audit launched by London mayor Sadiq Khan into the ethnicity pay gap experienced by the city's public employees. As the Guardian reports, the results, published in March, found an average pay gap of up to 37 per cent between BAME and white employees, with a gap of 16.7 per cent in the Metropolitan police and 9.8 per cent at Transport for London.

The government's Race Disparity Audit, conducted in 2017, found that BAME workers were "disproportionately likely to be on a low income," the BBC reports. 18 per cent of white job applicants for roles with NHS England got the job, compared to only 11 per cent of BAME applicants, while only 1 per cent of BAME police officers were in senior roles.

A spokesperson for the government told the Guardian, "Diversity is good for businesses and this government is committed to ensuring the workplace works for everyone." They continued, "We’ve introduced new laws to help companies ensure the make-up of their boards and senior management is representative of their workforces and we’re currently consulting on proposals for mandatory ethnicity pay reporting as part of a series of measures to help employers tackle ethnic disparities in the workplace."