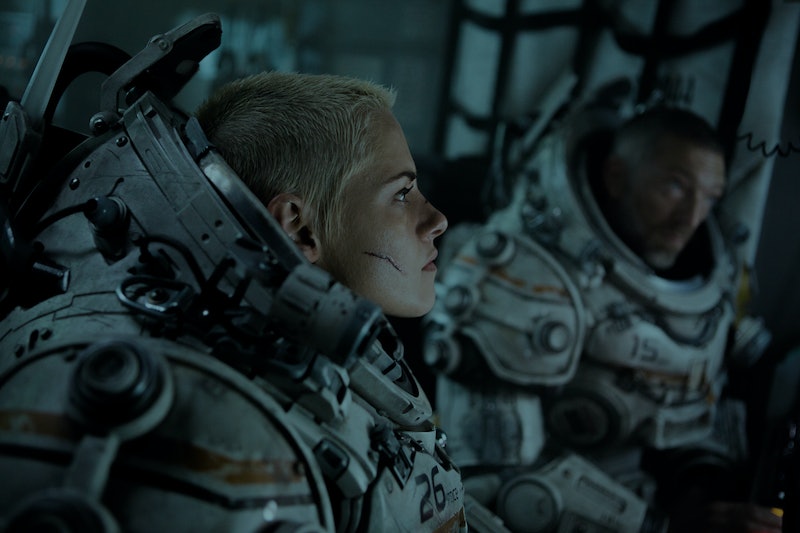 Exploring the depths of the vast, majestic ocean sounds like a dream come true to many people. But in Kristen Stewart’s new movie, that mission quickly becomes a terrifying nightmare that you just want to wake up from. The Underwater trailer shows Kristen Stewart in an exhilarating new role as she fights for her life — and looks really good while doing it.

Stewart stars as Norah, one leader of a group of scientists who embark on a mission to investigate the (literal) bottom of the ocean. But a devastating earthquake leaves them trapped underwater, with their subterranean laboratory destroyed, meaning the researchers must reach safety on their own — on foot. And there’s no telling what scary creatures and mysterious things they’ll encounter at the depths of the ocean. The trailer closes by the group confronting what looks to be a literal sea monster, putting their lives even further in jeopardy. There’s truly no telling how this story will end.

Underwater also stars Vincent Cassel, Jessica Henwick, Mamoudou Athie, and T.J. Miller. (The film was shot in early 2017, prior to Miller's arrest for reporting a false bomb threat, and before allegations of sexual assault and workplace misconduct against him began gaining momentum in the media.)

Stewart dished about Underwater to Entertainment Weekly, teasing that her character Norah may have more to her than what viewers see in the trailer. "I have a real protective feeling for that character and how they wrote her," she said. "There’s this fragile nature that this girl has, and you just never really know why. Information about her sort of filters out throughout the really traumatic events. That’s where you start to kind of get to know each other, and the deepest parts of yourself come out."

She also told the outlet she was "stoked" that it was finally seeing the light of day, and said that while "it was not an easy movie to make," there was no harder challenge than wearing those underwater astronaut suits. "The suits were really heavy, honestly. We couldn’t move around. I really don’t like being held down, I don’t like confined spaces, I’m not a strong swimmer," she confessed. "I think none of us in the movie — except for maybe Vincent [Cassel], who’s, like, a f*cking wild banshee — really knew what we were getting ourselves into." But the discomfort added some levity to the film, as Stewart revealed. "And that’s where there’s some comedy in the movie every once in a while; in the most dire situations you kind of laugh in a funeral," she explained. "That’s kind of what it felt like to make the movie as well. Like we were all dying!"

Although the trailer for Underwater is utterly terrifying, and Stewart truly looks scared for her life, the reaction on Twitter has mainly focused on her new look instead, with many users being completely obsessed with her bleach blonde buzz cut.

The new 'do is so powerful that it's apparently even made people question or re-affirm their sexual orientations.

The thriller will hit theaters on Jan. 11, 2020. And whether you're watching Underwater to experience a death-defying thrill ride, or simply because you're enamored with Stewart, the new movie is sure to please everyone.