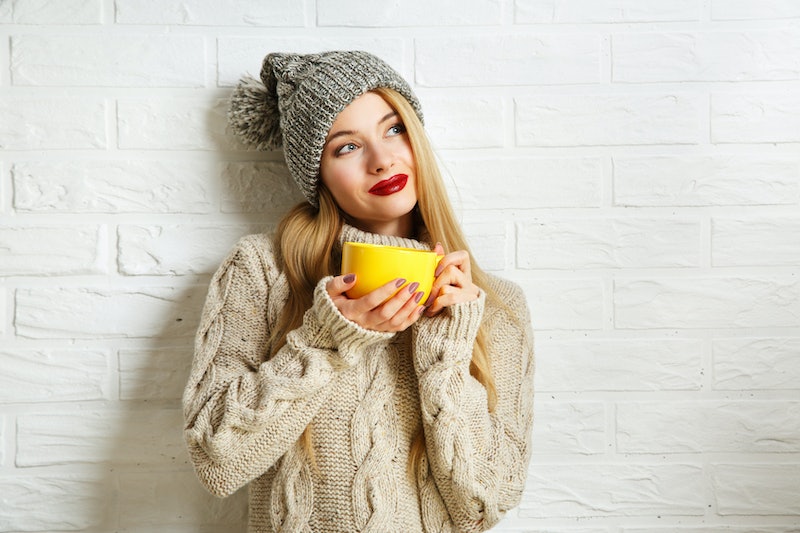 Whether you like it or not, 2018 is on the horizon. We survived another year, dudes. So, what better way is there to celebrate than to engage in something truly odd, truly bizarre, and truly unexpected? Something that gets you out of your comfort zone, and potentially helps you find a new hobby to keep in 2018. Not sure where to begin? Here's the unique thing you should try in 2018, based on your sign.

Western Astrology, which centers around the 12 zodiac signs, has been in practice for literal millennia. As you can imagine, sky-gazing as a method of divination has been around for about as long as humans have. In ancient Mesopotamia, Babylonians began to devise a time-keeping system that determined the temperament of babies, depending on what the zodiac constellations looked like at the time of their birth. Sound familiar? A lot of the basic tenets of astrology were retained over thousands of years, thanks to the ancient Greeks, who refined what the Babylonians began, and the Arab Empire, who took up where the Greeks left off and improved the mathematical calculations that continue to underpin the whole practice (I mean, have you ever seen a professional astrologer in action? The calculations alone are honestly kind of mind-boggling).

Initially, astrology and astronomy were one in the same, and were respected as a science. But a rift began to form during the 18th century as astrologists clung to their motto, "As above, so below," and astronomers began to increasingly believe in celestial goings-on that we couldn't necessarily see. But at the heart of both astrology and astronomy is the desire to understand more about the world, past what we're taught in school or by our parents. Astrology in particular may not be a predictive science, but it can be the starting point for getting to know another person. It encourages us to ask questions and investigate our own feelings and actions. And in this completely topsy-turvy world that we live in, valuing human connection has never been more necessary.