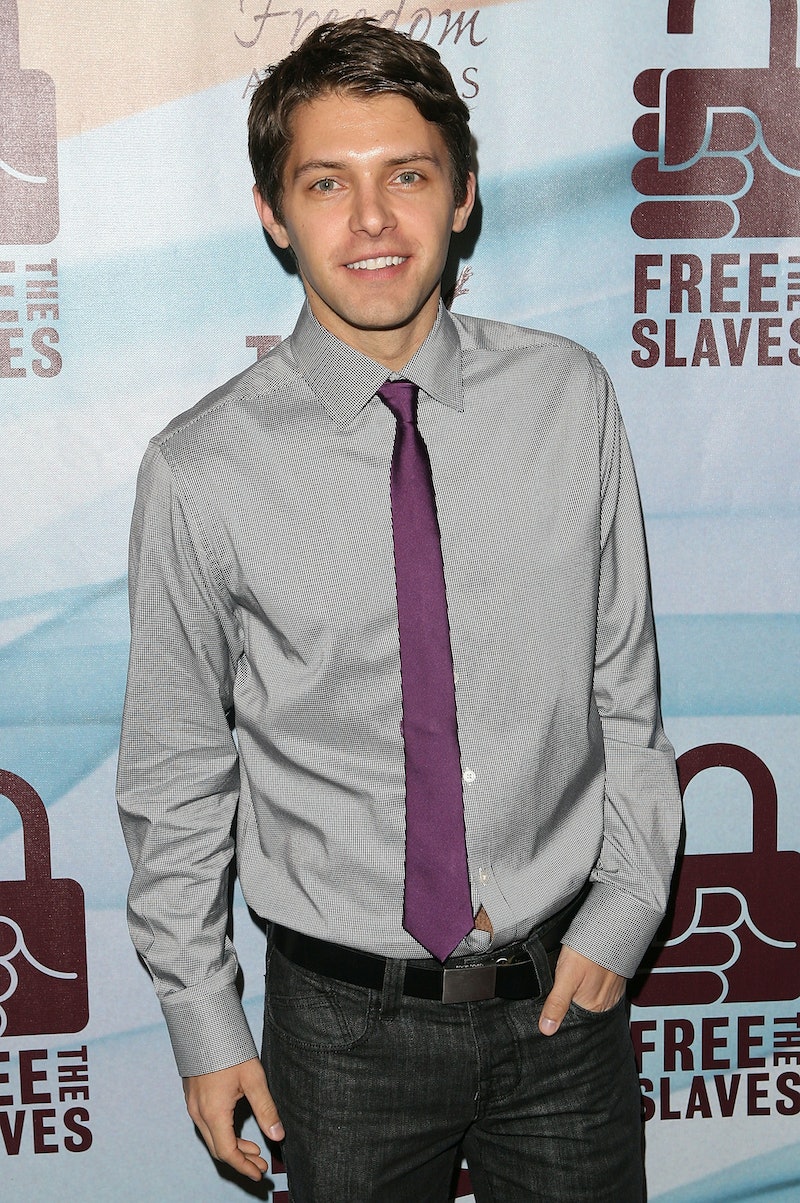 There's another familiar face returning to Neptune, but fans may not be so excited about this character's reappearance. As reported by TV Line, Hulu's Veronica Mars revival is bringing back Ryan Devlin's villainous character Mercer Hayes. There's no word yet on how many episodes the actor will appear in, or what connection he'll have to the new eight-episode mystery that Veronica will be trying to solve, but you can bet that Mercer's inclusion will make your skin crawl.

Introduced in Season 3, the college DJ was revealed to be a serial rapist thanks to Veronica's detective work. In addition to violating his victims, the disturbing character also collected locks of their hair. Mercer was last seen in the Season 3 episode "Spit & Eggs" when Logan got himself thrown in jail in order to beat the predator up for attacking Veronica.

While Mercer is one of the show's most unnerving villains, Devlin is a terrific actor who seems to be excited about reuniting with the cast. He shared the news of his return on Instagram with a photo of his trailer on the set. He captioned the picture, "Hi old friend #veronicamars." Since his days of playing Mercer, the actor's appeared in shows like Cougar Town, Jane the Virgin, and Ryan Hansen's meta Veronica Mars spinoff, Play It Again, Dick.

The case could be a clue as to how Mercer will fit into the story. Hopefully, he's still locked behind bars, but Veronica could possibly visit him in the hopes of understanding the mindset of someone who could commit such horrible crimes. Or maybe he's connected to the new villain in some way. Given the twisty nature of the crime series, it's never safe to presume anything.

It is interesting to see that the revival won't just be bringing back beloved characters — Devlin's inclusion makes it clear that Neptune's worst offenders could show up as well. That goes hand in hand with Hulu's assertion that the limited series will have a darker tone and place Veronica in a more expansive world. Many of the plot details are still under wraps, but as EW points out, the revival will once again focus in on the class division in Neptune as the iconic sleuth attempts to unravel the case.

The Veronica Mars revival is set to premiere on Hulu later this year, so fans will have to wait for more details. At least now you'll have a chance to prepare yourself before you see Mercer again — because this is one villain who knows how to get under everyone's skin, including Veronica's.