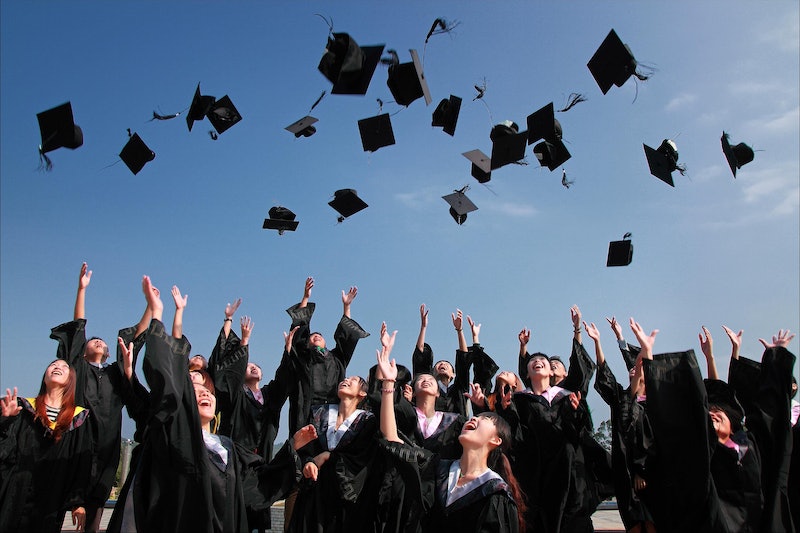 Congratulations! Somehow, against all odds, you've finally graduated. And now you have to sit through the wonders of graduation day, with weepy relatives, thousands of names being called, and your one moment of glory in which you stride across the stage and wave your diploma in the air (or weep onto it after thinking about the amount of student debt it has cost you). Graduation has, as a momentous moment in the career of young scholars, understandably attracted many traditions and celebratory quirks throughout the years, with each institution striving to outdo the others. When it comes to the most interesting things people get up to with that mortarboard on their heads, an expensive lunch with parents doesn't even make the list.

Universities are natural hotbeds of tradition and superstition. The University of Sydney, for instance, went through a mourning period in 2016 where the renowned jacaranda tree in its main quadrangle died; the superstition that you could pass your finals if you began studying before the the jacaranda flowered was seen as an inviolable part of the university's identity. (Also, as a student of that university, I can tell you it was a pretty accurate time assessment — some college superstitions do have a hint of fact to them.)

But when it comes to people getting their degrees and stepping into the wide world, things can go beyond the merely superstitious and into the frankly weird. From wielding swords to dressing as Snoopy to getting covered in trash, let's have a look at the oddest graduation traditions around the world.