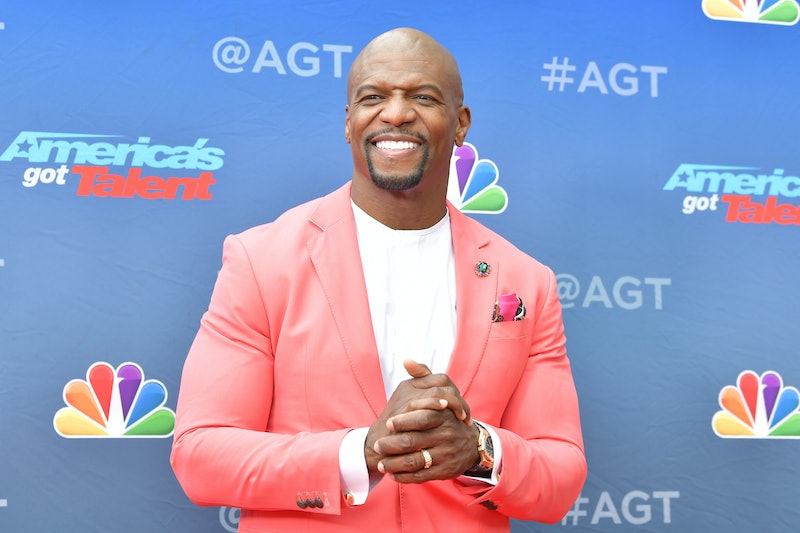 Get ready to make your way downtown once more, because the Copeland brothers are finally getting another FBI assignment. During a recent appearance on Watch What Happens Live, Terry Crews confirmed that a White Chicks sequel is in the works, explaining that he and Shawn Wayans had recently spoken about working together again.

According to People, the Brooklyn Nine Nine star told host Andy Cohen that Wayans — who co-wrote and starred in the film with his brother, Marlon — assured him that a new White Chicks project was in the works. "I actually got with Shawn [Wayans] and he was like, 'Man, we’re doing it, we’re getting it going,'" Crews said after a fan asked him about a possible sequel. And it couldn't come a moment sooner, as Crews joked that he's been working out for the past 15 years for the sole reason of reprising his role as Latrell Spencer, the Vanessa Carlton-loving basketball player who romances Marlon-as-Tiffany. "I’ve been working out for 15 years so I can do White Chicks 2, y’all! Please, please," he added.

While this is the most concrete news that White Chicks fans have gotten in years about a follow-up to the 2004 cult hit, a sequel was originally announced back in 2009. However, according to ScreenRant, the project was cancelled shortly afterwards, leaving the cast and fans in the lurch.

While White Chicks earned mostly negative reviews when it was first released, per Rotten Tomatoes, the outrageous undercover comedy has become a lasting hit, no doubt thanks to memorable moments like Crews's performance of "A Thousand Miles." In a recent interview with Bustle, the actor reflected on the singalong, admitting that he was simply jamming along to a song he knew and loved while filming the now-iconic scene. "I had heard the song so many times I knew it by heart. Now I was just feeling it," he recalled over email. "I can tell you I actually fell in love with Marlon a little bit!"

In addition to creating a magical cinematic moment, Crews added that it gave him the chance to undermine the stereotypes of a big, athletic black man. "To have a very large intimidating black man whom stereotypically, would have very violent, misogynistic type music on repeat, but in reality is very in touch with his sweet, gentle feelings," Crews told Bustle, was a bold statement at the time.

He continued, "I’m proud of the fact Keenen [Ivory Wayans, the director], Shawn and Marlon knew exactly what they were doing— and to be a part of changing how we are seen — it’s an honor."

Because Crews loves that scene just as much as fans do, he's always willing to revisit the moment now, including by performing an interpretive dance version of "A Thousand Miles" on Lip Sync Battle. He even revealed on Twitter that it's his go-to karaoke song, which means that fans everywhere are just one lucky opportunity away from seeing Crews belt out Vanessa Carlton once more.

Here's hoping that when White Chicks 2 hits theaters, it will feature yet another unforgettable musical performance from Crews. Or, at the very least, another nightclub dance battle featuring Busy Phillips.