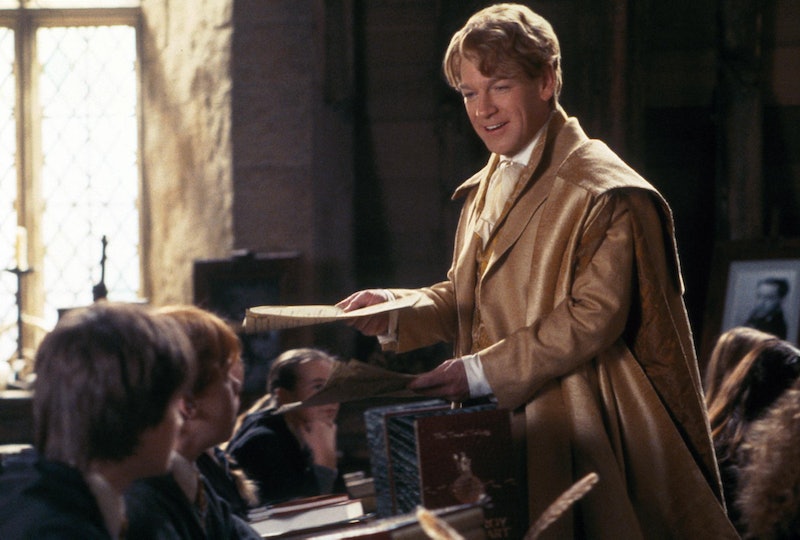 On Tuesday, Redditors on r/HarryPotter took time out of their busy schedules to mull over one question: Is the White House populated with Harry Potter characters? Redditor lhouseman started the conversation, pairing the caption "I feel like most people in the White House right now are the equivalent of this guy" with a large image of Gilderoy Lockhart.

Potterheads know Lockhart as the charismatic blowhard who teaches Defense Against the Dark Arts at Hogwarts in Harry Potter and the Chamber of Secrets. After lying about his accomplishments to secure fame, fortune, and his professorship, Lockhart proves to be wholly inept at what he does. Redditor Slighty_Too_Heavy says that, had the book come out more recently, they "would have assumed Lockhart was a rip on Trump."

However, as Redditor Gyrfenix points out, there is more than one Harry Potter personality in the White House today:

It's a potent mix of Fudge, the enabler, the blind, and the desire to make an illusion of grandeur and powerful ministry. Gilderoy, the gaslighter, the one with "alternative facts." And Umbridge, the one who will use the crisis of the situation to promote a fascist rule that fits a crooked agenda.

Although Gyrfenix's assessment of the Harry Potter characters currently populating the White House is accurate, it leaves out one of Hogwarts' most cruel denizens, the man who helped enforce the Death Eater-occupied Ministry of Magic's policies at the school: Argus Filch.

The Hogwarts caretaker, Filch was a Squib who frightened students and often grumbled about bringing torture back as a form of punishment for minor infractions. When the Ministry installed Dolores Umbridge as Hogwarts' DADA professor, and later, as High Inquisitor, Filch gleefully carried out her Educational Decrees. These included, among other things, the official dismantling of student organizations, a gag order for professors on all things non-subject-related, and a ban on The Quibbler.

It's not difficult to imagine Donald Trump as the willing puppet of more evil and exacting forces, but it's even easier to think of his white nationalist advisers as the Argus Filch in the White House.

Dust off your Harry Potter boxed set, Potterheads, and get ready to join Dumbledore's Army. We've got Death Eaters to stop.