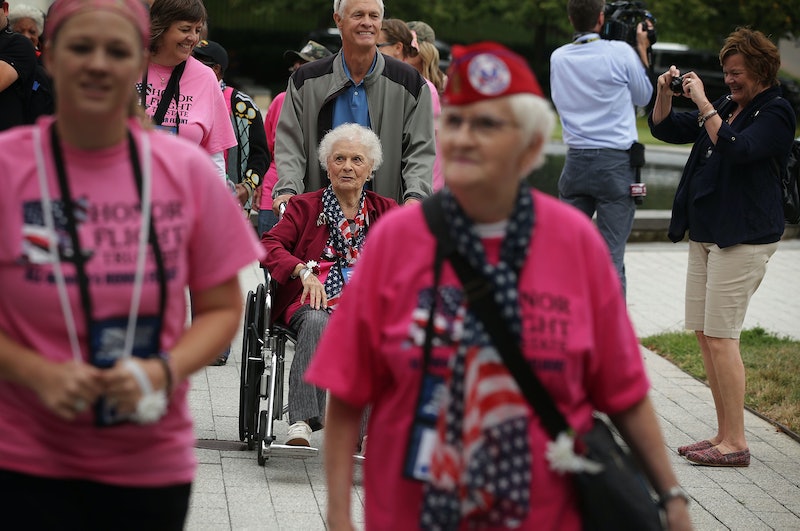 When you visit Washington, D.C., you can hardly miss the proliferation of monuments to veterans and those lost in most of the conflicts American soldiers have ever taken part in. There's one significant group of veterans who are only explicitly recognized in one monument, though, and at the moment this monument is having trouble keeping its financial backing. The memorial to women service members and veterans is struggling to find enough donations to stay afloat, even though there's no other national monument like it, according to a report from The New York Times.

While the Women in Military Service for America Memorial is the only one of its kind, there are numerous reasons for the difficulties the monument is currently experiencing. For example, there are far more memorials and monuments than there is Congressional money to adequately support all of them without requiring outside donations. And when it comes to collecting donations, The New York Times reported that women veterans have been choosing to focus their energy — and their donations — elsewhere.

“Sustaining adequate operating funding is always a challenge,” Maj. Gen. Dee Ann McWilliams, the president of the foundation that is connected to the memorial, told The Times.

The monument, which is located at the Arlington National Cemetery, was dedicated in 1997, according to its website. This only came after a long campaign from Brigadier General Wilma Vaught, who, according to National Geographic, retired from decades of service in 1985 as one of the most decorated women in uniform. Vaught worked to gather documentation of women serving in the American military going all the way back to the Revolutionary War, and now the memorial hosts everything from letters to military-issue women's underwear, according to National Geographic.

“No one was really keeping track of history,” Vaught told National Geographic. “Documents were being destroyed.”

The women's memorial exhibits offer an impressive range of information and artifacts, but they also aim to keep up with the ongoing march of history by registering the women veterans who still aren't listed in their system.

That work is certainly ongoing, though, as there are about 3 million women veterans, and the system currently only has information for about 250,000 of them, according to The New York Times. And at the moment, its funding situation has reached a tenuous balance through donations and cuts, but the drive for more donations will be ongoing for the foreseeable future.

Even in a city crowded with monuments and memorials, though, it really does have a unique mission.

“Women and people of color are disproportionately not represented in the monument landscape in Washington,” University of Pittsburgh military history expert Kirk Savage told The New York Times. “If you don’t see yourself there as a legitimate part of this country, that’s a problem, and that’s what makes the women’s monument stand out.”

For now, the women's memorial is safe — but there's a lot of competition for those donations, and so women will almost certainly have to keep fighting for that representation to stay.