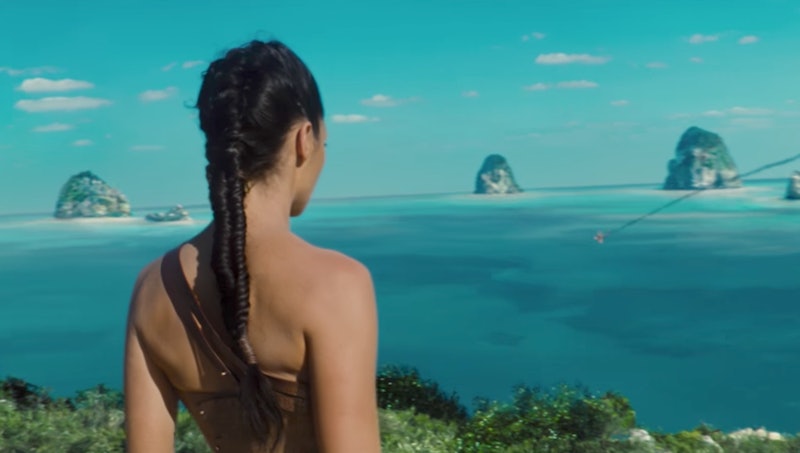 You shouldn't plan on sticking around for a classic superhero post-credits scene on June 2 when Wonder Woman hits theaters. That's right, the Wonder Woman post-credits scene doesn't exist, which might come as a surprise to fans expecting the traditional superhero movie sequence. But that's not to say that it's never been done before. Remember Batman v Superman: Dawn of Justice, and Man of Steel both decided against adding supplemental scenes to their credits, so Wonder Woman isn't totally alone in this regard.

That's not to say it still isn't disappointing, though, if you were a fan hoping to see an extra scene in the new movie. In an interview with Cinemablend, the producer Charles Roven weighed in when asked why there wasn't a post-credits scene in Wonder Woman. In his answer, the producer hinted at a potential for a sequel or at least prepped fans for Justice League, where Wonder Woman will fight alongside Aquaman and Cyborg.

I'm not going to say we'd never do one. ... There was one in Suicide Squad. But I don't think that we want to feel that we're forced to do something just because we didn't in the past.

Roven also spoke with JoBlo about the idea of a sequel for Wonder Woman, even if there's not one already in the works.

"You always muse when you are making a film, particularly where you know that everybody is going to be interested, including yourself, on making the next one. [...] So you go, 'what is the next one going to be.' We can’t be thinking about what the next Wonder Woman will be because, are we going to do the intervening period between the end of this Wonder Woman and Batman v Superman, or are we going to do something that will pick up after Justice League."

Director Patty Jenkins has also spoken out about her dedication to the character of Wonder Woman and her desire to keep telling her story. In an interview with the Toronto Sun, she discussed her hopes for a potential sequel.

“I’m excited for her to come to America and become the Wonder Woman we are all familiar with from having grown up around her as an American superhero. I’d like to bring her a little farther along into the future and have a fun, exciting storyline that is its own thing. 'Wonder Woman 1' is so much about her becoming the person she is. I can’t wait to spring forward with who she is and have another great standalone superhero film.”

For now, we will have to see if the film will be successful enough to get the filmmakers back to the drawing board in order bring Wonder Woman to the big screen once again. After all, fans have waited 75 years for her to get her own film within the cinematic universe — here's hoping the time waiting for a follow-up movie is much shorter.