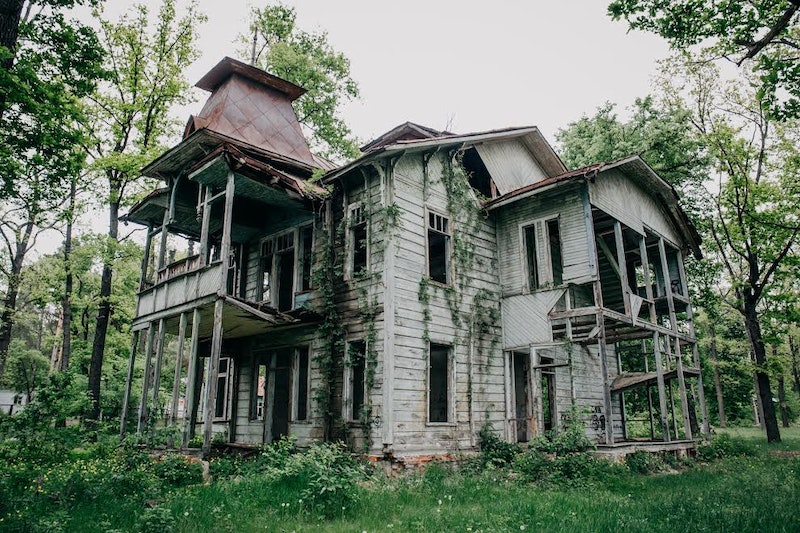 Calling all ghost hunters, amateurs and professionals alike: The World’s Largest Ghost Hunt for 2018 is fast approaching, and it sounds like it’s definitely going to be a night to remember. Occurring on Sept. 29 as part of National Ghost Hunting Day, the event consists of a whopping 150 satellite hunts occurring at allegedly haunted locations across the globe — but not just on the same day. Oh no. These ghost hunts are all set to occur at the exact same time, because, well… not for nothing do they call it the World’s Largest Ghost Hunt.

National Ghost Hunting Day isn’t a holiday in the official sense; it’s sanctioned by neither a religious nor federal body, so you won’t find yourself getting a day off of work for it. It is, however, registered with the National Day Calendar — a venture begun in 2013 by a private citizen which attempts to fill the hole left by the fact that, as the Spokesman-Review put it in 2015, “there’s no single authority for declaring the legitimacy of special days." You can actually put in an application on the National Day Calendar website for any kind of observation you wish; if it’s accepted, it will get added to the National Day Calendar’s database, announced via press release, and included in alerts sent to over 20,000 media entities whenever it’s approaching. (Right now, though, applications are limited to companies and organizations due to a substantial backlog, notes the National Day Calendar application page.)

Haunted Travels USA (which is also sometimes referred to as Haunted Journeys) founded National Ghost Hunting Day in 2016, with their successful National Day Calendar application declaring its celebration to occur annually on the last Saturday in September. Dedicated to honoring and remembering the history of various allegedly haunted locales, as well as “[recognizing] and [celebrating] the novice, curious, expert and professional act of ghost hunting,” per its Facebook page, it also serves to usher in the Halloween season with one main event each year: The World’s Largest Ghost Hunt.

According to Buffalo, NY-area ABC affiliate WKBW, 2018 marks the third year the World’s Largest Ghost Hunt has taken place — and it has grown substantially with each passing year. In 2017, for example, 92 allegedly haunted properties covering 10 countries and four continents participated in the event; in 2018, however, the number of participating “satellites” has grown to approximately 150, the number of countries to 12, and the number of continents to six. It’s going to be big, is what I’m saying — that is, it does seem like the event is going to live up to its name.

Each of the 150 participating properties has partnered up with a paranormal investigation team in order to host their local event and conduct the ghost hunt. There was no fee to register, thanks to the contributions of some generous sponsors; what’s more, since this year’s theme is “preserving historical haunted properties,” any properties that hold ticketed events for their portion of the hunt keep 100 percent of the proceeds for their conservation efforts, according to the event's registration site. (Some locations, however, are opting to donate the proceeds to causes they believe in — for example, the Lord Baltimore Hotel in Maryland will be giving all event proceeds to Back on my Feet, a non-profit organization that combats homelessness)

The hunt is scheduled to begin at 10 p.m. ET and will run until 12 a.m. ET; any events occurring in other time zones will be adjusting their start times so that all of the hunts will, in fact, occur simultaneously. (For example, the ghost hunt being conducted in Room 306 of the Manresa Castle Hotel in Port Townsend, Wash. would need to begin at 7 p.m. PT so as to occur simultaneously with the ghost hunts happening at 10 p.m. on the East Coast.)

There are two main ways you can participate: You can actually attend a local event near you, or you can watch the World’s Largest Ghost Hunt online via livestream.

If you want to attend a local event, you’ve got a few tools at your fingertips to find the nearest one to you. If you head here, you check out the list of “satellites” (that is, participating locations) on the World’s Largest Ghost Hunt website; from there, you can narrow the list by U.S. state or by country, clicking the links provided to each location and investigative team for more information about the individual events. Or, you can head over to this Google Map, which shows each and every participating location; it, too, provides links to the properties’ websites, the investigative teams’ websites, and, where applicable, EventBrite pages and other information about where tickets for the events can be purchased. The events will likely differ from each other; they’re all individually planned and executed — some of them, like the Lord Baltimore Hotel event, start earlier than the designated go time and include workshops and the opportunity to get a psychic reading in addition to the hunt itself, while others might be a little more bare bones — so make sure you check the details what your particular event will include, should you choose to go.

If you’re not into the idea of ghost hunting in person, though, you’ll still be able to check out the results of this massive hunt via livestream. According to WKBW, one of the World’s Largest Ghost Hunt’s sponsors, ShinDig, will coordinate all of the livestreams from local events into what Haunted Journeys head Maria Pons Schmidt referred to as “a Facebook Live [video] on steroids.” This Facebook Live stream will be hosted by Madison, Wis.-based psychic medium Scotty Rorek. More details aren’t yet available about how to access the stream, but you can keep up to date via the National Ghost Hunting Day Facebook page and website, the main Third Annual World’s Largest Ghost Hunt Facebook Event page, and the individual websites, Facebook pages, or Facebook Event pages of your own unique local events.

I don’t know about you, but I’ll definitely be tuning into the livestream on Sept. 29 — if, that is, I haven’t managed to get myself out to a nearby event. How could I pass up the opportunity to participate in a ghost hunt of this size? I am a creature of the night, and these are my people. Time to break out the EMF detector!