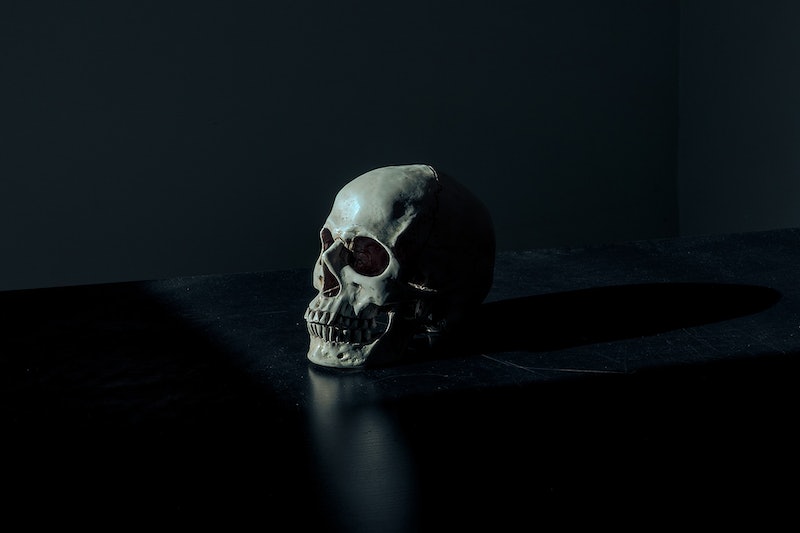 Just in time for Valentine’s Day, BuzzFeed has created a video sure to make you never want to leave your house or talk to strangers ever again: It’s about the worst serial killers from around the world, four terrifying men and women who brutally murdered dozens of victims… and also sometimes ate them. Ew.

BuzzFeed opens the video with a shot of a cleaver hacking through a bloody piece of meat — you know, just in case there was any confusion about where this thing is going. It proceeds to describe the exploits (and by “exploits,” I mean “horrifically violent and prolific killings”) of Mary Ann Cotton, Fritz Haarmann, John Wayne Gacy, and Tsutomu Miyazaki, serial killers hailing from England, Germany, the United States, and Japan, respectively. (It turns out that serial murder is a truly global occupation.)

Mary Ann Cotton, the oldest killer on this list, was one of the first serial killers in England. Although she was only convicted of a single murder — the poisoning of her step-son in 1872 — it is suspected that Cotton killed as many as 20 people over the course of two decades, including her mother, multiple husbands, a lover, step-children, and a number of her own kids. She killed primarily through arsenic poisoning, which gave her victims the appearance of dying from gastric illnesses. She collected life insurance from many of her victims, suggesting that her primary motivation in the murders was financial.

Next on the list is German killer Fritz Haarmann, also known as the “Butcher of Hanover.” Haarmann murdered at least two dozen young men between 1919 and 1924, raping, mutilating, and dismembering them before dumping their bodies in the Leine River. By his own account, he killed his victims by biting into their Adam’s apples. There is also some suspicion that he sold the meat of his victims on the black market. Haarmann was executed in 1925.

You’d think that Haarman would be tough to beat in terms of unimaginable awfulness, but then we get to the U.S.’s John Wayne Gacy, a serial killer whose real history makes today’s horror movies look tame by comparison. Between 1972 and 1978, Gacy killed 33 young men and boys after raping and torturing them in his home. He buried most of his victims in the crawl space underneath his house or elsewhere on his property. When he wasn’t torturing and murdering people, Gacy volunteered at charity events and hospitals by dressing as a clown and entertaining children. He's sometimes known as "The Killer Clown."

Finally, we have Tsutomu Miyazaki. In 1988 and 1989, Miyazaki murdered four young girls. After strangling them, he sexually assaulted their corpses, dismembered them, and even sent one of the victims' bones to her parents. He also engaged in cannibalism.

And, with that, I am officially never sleeping again.