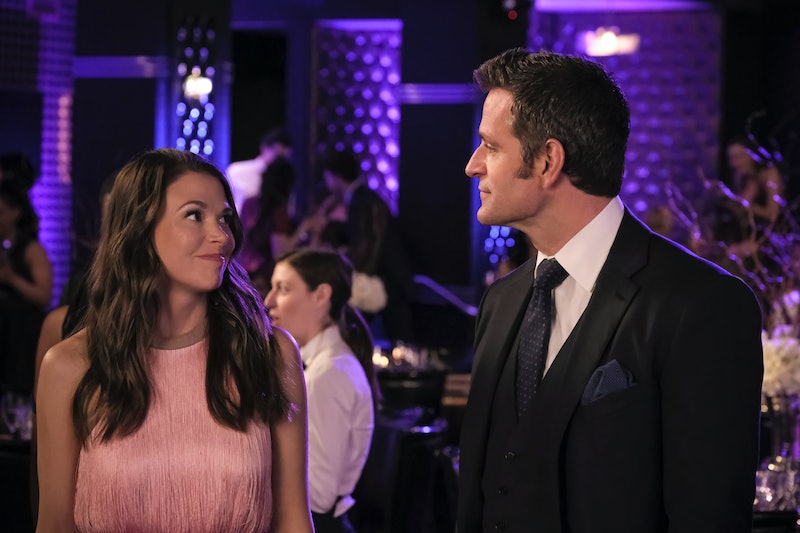 Liza and Charles' relationship may finally be out in the open, but if the Younger Season 6 trailer is any indication, their struggles as a couple are still far from over. The series is set to return on Wednesday, June 12, and Liza is having just as difficult of a time as ever separating her work from her personal life. But hey, that's bound to happen when you start dating your boss — or rather, your former boss, since Charles was forced to step down from Empirical after news of his affair with Liza became public knowledge. Now Millennial is the main flagship company with Kelsey at the forefront of it all. However, having your best friend be your boss isn't as fun as you may think.

In the trailer, Liza finds herself constantly caught in the middle between Kelsey and Charles, both of whom are trying their best to come to terms with their new reality. But like with any curveballs that life throws your way, these characters find themselves facing a fair share of obstacles along the way. For Kelsey, this includes attempting to figure out her relationship with Zane and also apparently getting arrested with Diana if those flashes of their mugshots are to be believed.

However, it's Charles and Liza's relationship that takes centerstage throughout the majority of the promo. And while there are plenty of romantic moments to go around (the two of them can't help but swoon over one another at a fancy event and Liza even drops the L word on him at one point, though unintentionally), their coupling doesn't receive a ton of support from many of the important people in their lives. “Liza’s been through a lot, and from what I understand, so have you,” Maggie is shown telling Charles in the trailer. “Sometimes it makes two people perfect for each other, and other times those two people can drag each other down like anchors.”

Meanwhile, Diana may be in a healthy and happy relationship with Enzo, but it's impossible not to notice the judgmental — and perhaps even jealous — looks she gives Liza throughout the footage. Could their relationship potentially drive Liza and Diana apart? Will Liza always feel like she has to choose between Kelsey and Charles? And perhaps most importantly, will all of the added stress really be worth it in the end?

"I left my company to be with you," Charles reminds Liza at the end of the clip. Does this imply that he's starting to resent Liza for the abrupt shift in his career? Does he regret doing it altogether? The trailer leaves the fate of their relationship unclear, but either way it's safe to say that these two still have some major hurdles to overcome before living happily ever after.

But whether you're Team Charles or still holding out hope for a reconciliation with Josh, one thing's for sure — this is one season of Younger you aren't going to want to miss.