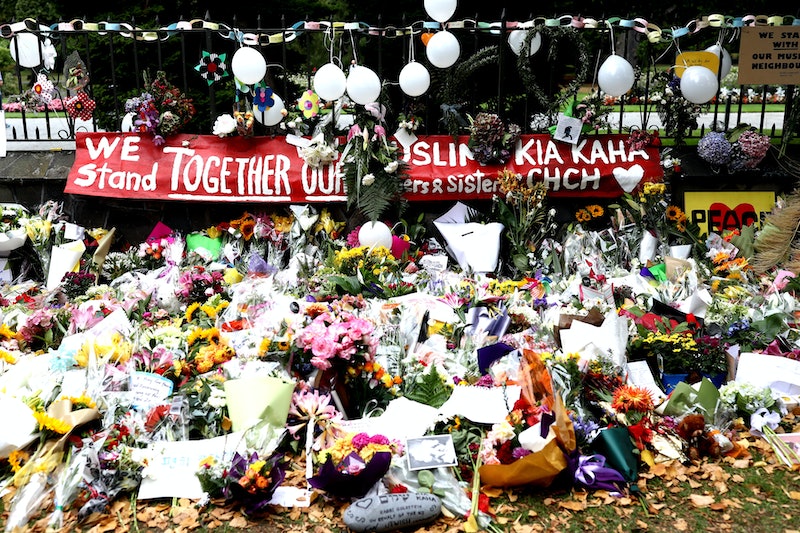 New Zealand faced a devastating tragedy on March 15 when a gunman attacked two mosques in Christchurch, killing at least 50 people. In the wake of this attack, news has emerged about its victims, who spanned many ages. Tragically, the youngest known New Zealand mosque shooting victim was just 3 years old — and he's being remembered by his family for his joy-filled and wise nature.

Three-year-old Mucaad Ibrahim attended afternoon prayers with his brother, Abdi, and his father at the Al Noor mosque on Friday, the Associated Press reported. Abdi told the outlet that, as the gunman entered the mosque and began firing, the family ran for their lives. Amidst the chaos and confusion, the AP reported Ibrahim became separated from his father and brother, who survived the shooting. The outlet reported that police confirmed to the family that Ibrahim had died in the attack.

The AP said that those who knew Ibrahim believe he was wise beyond his years and that he was particularly fascinated with technology. Ibrahim's relatives said he frequently enjoyed playing with an iPad. Ahmed Osman, a close friend of the Ibrahim family, added that Ibrahim seemed to have a way with words. "He was very approachable," Osman said. "He is easygoing to talk to."

The Washington Post noted that Abdi, Ibrahim's brother, also paid tribute to him in a post on Facebook. Abdi wrote that Ibrahim was “energetic, playful and liked to smile and laugh a lot."

Members of the Somali community in Christchurch, of which Ibrahim's family is a part, also expressed sadness at the senselessness of the tragedy. "He [Ibrahim] could have grown up to be a brilliant doctor or the prime minister,” Mohamud Hassan, a 21-year-old community member, told the Washington Post. "Why?," he asked, when reflecting on the tragedy.

Ibrahim was one of 42 people killed at the Al Noor mosque on Friday, The New York Times and CNN reported. The New York Times added that seven others were killed in another attack at the nearby Linwood mosque and one person also died at Christchurch Hospital. CNN reported on Monday that an additional 50 people were injured in the attacks and dozens remain hospitalized.

New Zealand's Prime Minister, Jacinda Ardern, said in a statement that authorities in the country have already begun releasing victims' bodies to their families, and that all bodies will be returned by Wednesday. CNN further noted that Deputy Police Commissioner Wally Haumaha emphasized that authorities are trying to work to ensure that the victims' bodies can be buried as quickly as possible, in accordance with Islamic custom, but knows that they have regrettably passed the preferred 24-hour timeline. "We acknowledge that the last 48 hours have been the most horrific in these families' lives," Haumaha said via CNN. "We understand it is an added trauma for them that they have not been able to bury their loved ones quickly, according to their religious duty."

The Washington Post reported that Ibrahim's family is hopeful that they will be able to bury him today. It's certainly very clear that the little boy will be sorely missed by many. His brother, Abdi, wrote in a Facebook tribute, according to the Washington Post, "Verily we belong to God and to Him we shall return. Will miss you dearly brother."