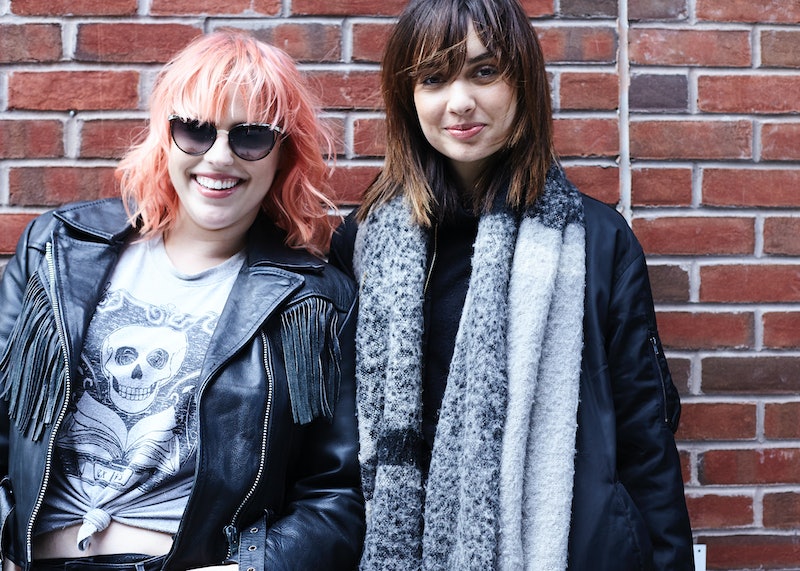 It’s kind of funny how some people just look like their names, isn’t it? I’ve always chalked it up to personality, but apparently I’m wrong; according to recent research, it’s actually more about the shapes of people’s faces. In a paper published in Psychonomic Bulletin and Review, researchers David N. Barton and Jamin Halberstadt of New Zealand’s University of Otago examined how something called the “bouba/kiki effect” plays into how we perceive individuals — and what they found has some pretty far-reaching implications.

The bouba/kiki effect was first observed by German psychologist Wolfgang Kohler in 1929, although Kohler used different terms to describe the phenomenon. While visiting Tenerife (which, by the way, is Spanish-speaking — this is important to note) in the Canary Islands, Kohler asked residents of the island to identify two different shapes, one rounded and the other angular. Which one, Kohler asked, would you call a “baluba?” And which one would you call a “takete?” The folks of Tenerife nearly all identified the rounded shape as a “baluba” and the angular one as a “takete,” suggesting that the sounds the letters “b” and “l” are typically associated with softness, while the sounds the letters “t” and “k” make seem to indicate a certain spikiness.

I’ve long suspected that this association also explains why so many villains in books, movies, and television shows have names that are heavy on the hard consonants, but maybe that’s just me.

Anyhoo, a variation on Kohler's experiment conducted many decades later gave rise to the term “bouba/kiki effect.” As part of their research into synaesthesia, psychologists Vilayanur S. Ramachandran and Edward Hubbard traveled to India in 2001 and asked both Tamil speakers and American college students to perform the same task from Kohler’s experiment. This time, though, they asked the participants to pair the two shapes with the words “bouba” and “kiki.” Ramanchandran and Hubbard found that a whopping 95 percent of people termed the rounded shape a “bouba” and the angular one a “kiki” — hence, the bouba/kiki effect.

It's significant that the phenomenon has been observed in a variety of different languages; between these two studies alone, we've seen it surface in English speakers, Spanish speakers, and Tamil speakers. Wrote Ramanchandran and Hubbard in their paper “Synaesthesia — A Window Into Perception, Thought, and Language,” “The bouba/kiki example provides our first vital clue for understanding the origins of proto-language, for it suggests that there may be natural constraints on the ways in which sounds are mapped onto objects.”

The same, apparently, is true even when the object in question is a person’s face.

In the current research, Barton and Halberstadt conducted a series of experiments investigating how we feel about people who “look like” or “don’t look like” their names. Specifically, they looked at whether people think that folks’ names better suit the individuals in question if the “shapes” of the names are the same as the shapes of their faces, as well as whether people whose name shapes and face shapes match are perceived in a more positive light than those whose name shapes and face shapes don’t match.

The first experiment asked participants to rank six names in terms of which ones best suited 20 caricatures of male faces — and by “caricatures,” I mean that the roundness or the angularity of each face had been exaggerated in some capacity. Participants overwhelmingly matched the names and face shapes according to sound: Nine of the 10 round faces were pretty much always paired with “round”-sounding names like George and Lou, while eight of the 10 angular faces were consistently paired with “sharp”-sounding names like Pete and Kirk.

The second experiment again asked participants to pick which names they thought best suited a series of faces; however, rather than caricatured images, this experiment used actual photos of male faces. The same effect was observed: Participants typically assigned round-sounding names to 14 of the 16 round faces and angular-sounding names to 15 of the 16 angular faces.

(What do you think? Does Matthew Lillard really look like a Brock Hudson?)

So how does this effect play out in real-life situations? The researchers took a look at that, too — and it might explain a little bit about the current state of American politics. Based on independent ratings of the name and face shapes of 158 candidates for the United States Senate, Barton and Halberstadt calculated “matching scores.” Guess what they found? As Barton put it according to Science Daily, “Those with congruent names earned a greater proportion of votes than those within congruent names” — and it was a big proportion, too: In elections, candidates whose face shapes were congruous with their name shapes earned about 10 whole percentage points more than those whose face shapes didn’t match their name shapes.

Said Barton, “The fact that candidates with extremely well-fitting names won their seats by a larger margin — 10 points — than is obtained in most American presidential races suggests the provocative idea that the relation between perceptual and bodily experience could be a potent source of bias in some circumstances.”

The researchers believe that this is the first time a “social” bouba/kiki effect has been documented — and honestly, it explains so much. Said Halberstadt to Science Daily, “Overall, our results tell a consistent story. People’s names, like shape names, are not entirely arbitrary labels. Face shapes produce expectations about the names that should denote them, and violations of those expectations carry affective implications, which in turn feed into more complex social judgments.” Sometimes it might just be as simple as whether or not you like someone you just met — and sometimes it’s as complicated as affecting who you vote for.

I can’t be the only person who’s curious about how this effect might have played out in the 2016 presidential election, right?

In any event, this study is a good reminder that it’s always worth examining our own biases. A huge amount of the time, they’re based on entirely arbitrary things — and it’s not always as benign as the sound specific letters make.