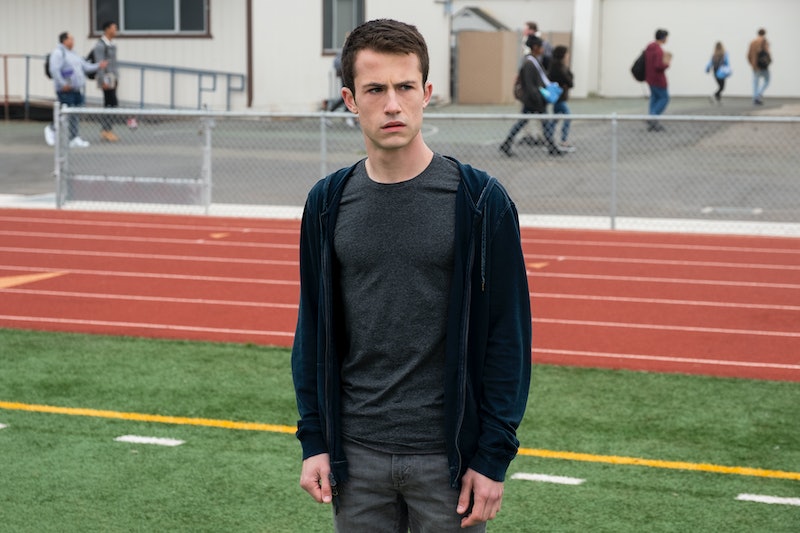 Spoilers ahead of all of 13 Reasons Why Season 3. The third season of 13 Reasons Why came to a close by revealing Bryce Walker's killer once and for all. But since this Netflix series has already been renewed for another season, the final episode also included multiple cliffhangers, leaving fans with a lot of questions about the next and final season and where these Liberty High students will go from here. Not many 13 Reasons Why Season 4 details have been released yet (no premiere date or synopsis have been divulged). All fans know right now is that Season 4 will be the show's last, and, according to star Alisha Boe's Instagram, they've already started filming.

Even though we don't know any specifics about Season 4, given how things leave off at the end of Season 3, there are definitely a few key storylines that will continue to play out in any upcoming episodes and potentially bring some dark secrets to light once and for all.

One of these plot points involves the fate of Monty, who had been arrested for sexually assaulting Tyler and died shortly thereafter in prison. His death made him the perfect scapegoat for Bryce's murder, allowing Alex — the real killer — to walk away. Or so he may have thought. Secrets are impossible to keep buried, especially on this show, so it wouldn't be too surprising if this lie came back to haunt Clay, Ani, and co. down the line. Which leaves a few pivotal questions that 13 Reasons Why Season 4 will have to answer.

Despite the fact that Monty beat him up shortly after their initial hookup, Winston served as an important love interest for the villainous jock. In fact, the two of them had been together during the night of Bryce's murder, which means Monty had an alibi. The only question is, what exactly does Winston intend to do with this information? He has the power to clear Monty's name and put the search for Bryce's killer back on the table. So how far will he go to clear Monty's name, or perhaps, more importantly — what will need to be done to guarantee his silence?

2. What Will Happen To Tyler?

The final few moments of the season showed a fisherman pulling the bag full of Tyler's guns out of the water. Is there any way for the guns to be traced by to him, and if so, what will this mean for his future? He's doing so well now and has come so far from the guy that he was back in Season 2. It'd be such a shame to see him end up in jail now.

3. Are Justin & Jessica A Ship Built To Last?

They've certainly been through a lot of stuff together, but will this on-again, off-again relationship prove to be endgame? Fans will just have to wait and see.

4. Will Justin Get The Help He Needs?

In Season 3 it was revealed that Justin was still doing drugs, and Season 4 could show his struggle to get clean. It probably won't be an easy road to recovery, but asking for help is definitely a step in the right direction.

5. Will Tony Reunite With His Family?

In a heartbreaking twist that feels all-too relevant in this current political climate, Tony discovered that his entire family was deported after Bryce’s father alerted ICE about their immigration status. The last episode of Season 3 saw Tony and his boyfriend Caleb video-chatting with Tony's parents on Thanksgiving, though it was clear that they were still unable to return to the U.S. for the time being. Hopefully, this storyline will continue in Season 4.

Monty may have been killed at the end of the season, but as Bryce proved in Season 3, you don't have to be alive in order to appear on the series. The use of flashbacks is used often on 13 Reasons Why, which means both Timothy Granaderos and Justin Prentice could still appear in the final season. And flashbacks would help viewers piece together more about Monty's death and why he became such a cruel human being.

A premiere date for Season 4 has yet to be announced, but odds are it'll prove to be another unforgettable journey into the lives of these Liberty High students.

More like this
Does 'Locke & Key’s Ending Mean There Could Be A Season 4?
By Sophia Moore
Netflix Just Rebooted A Classic ‘90s High School Drama
By Maxine Harrison
'The Sandman’s Ending Is A Departure From Neil Gaiman’s Comic Book Series
By Kadin Burnett
Does The 'Echoes' Ending Mean There Will Be A Season 2?
By Kadin Burnett
Get Even More From Bustle — Sign Up For The Newsletter