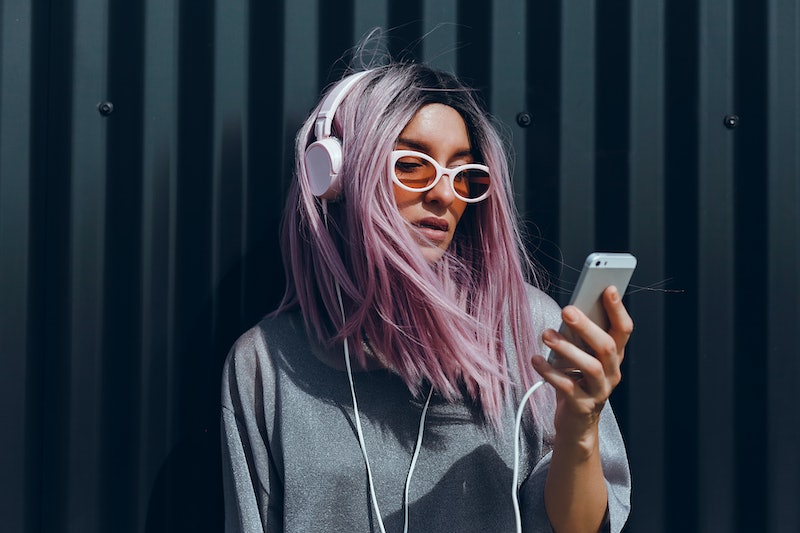 Halloween is right around the corner, y'all! If you're looking for some spooky short stories to enjoy, you're in luck, because you can get 35 free horror audiobooks right now. Known collectively as Come Join Us by the Fire, the free horror audiobooks are available to download and listen to individually on Google Play Books, and through Google Assistant Commands.

Tor, a science fiction and fantasy publisher, is giving away narrated short stories from a number of bestselling authors — including Brian Evenson, Stephen Graham Jones, and Chuck Wendig — to celebrate its new horror imprint, Nightfire. Announced in April, Nightfire comes in the midst of what Fritz Foy — the president and publisher of Tor's parent company, Tom Doherty Associates (TDA) — calls "a renaissance... for all things horror."

"There is a new generation of horror fans," Foy goes on to say, adding that "there are new literary voices we want to bring to our reading communities and followers."

Nightfire is set to begin publishing physical books in early 2021, but you can listen to these five audiobooks — and 30 more! — for free today:

"And When She Was Bad" by Nadia Bulkin, narrated by Saskia Maarleveld

Originally published in Nossa Morte in 2009, "And When She Was Bad" takes a new perspective on horror fiction's Final Girl trope. Also collected in author Nadia Bulkin's debut collection of short fiction, 2017's She Said Destroy, this story is a must-listen from the two-time Shirley Jackson Award nominee. Listen now.

"These Deathless Bones" by Cassandra Khaw, narrated by Saskia Maarleveld

The author of several novels, including Hammers on Bone and the Gods and Monsters series, Cassandra Khaw brings her 2017 Tor.com short story, "These Deathless Bones," to Come Join Us by the Fire. Described as "A horror tale about the Witch Bride, second wife of a King, and the discord between her and her young stepson," this short story will make your Halloween extra spooky. Listen now.

"My Body, Herself" by Carmen Maria Machado, narrated by Saskia Maarleveld

The author of In the Dream House and Her Body and Other Parties, Carmen Maria Machado joins the Nightfire lineup with "My Body, Herself." Centered on "[a] woman [who] learns that death is not the loneliest thing," this work of short fiction originally appeared in Uncanny Magazine. Listen now.

Published last year in Nightmare Magazine, Ormeshadow author Priya Sharma's "The Anatomist's Mnemonic" originally appeared in Black Static. The story here focuses on Sam, a man living with a hand fetish, who takes his desire to new and more disturbing heights than one might ever have imagined. Listen now.

Published in Fireside Magazine, Alyssa Wong's "Rabbit Heart" imagines a world in which we've devised a way to keep our dearly departed loved ones with us, for a time. Shortlisted for the Hugo, Bram Stoker, and Shirley Jackson Awards, Wong shines in this brief, but striking, story. Listen now.