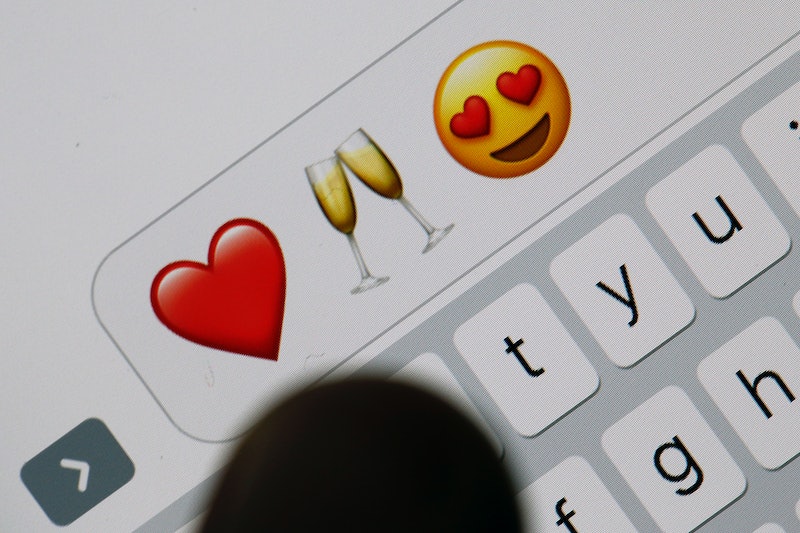 From breadcrumbing, curving, zombieing, and Instagrandstanding dating in 2019 is a bit like the wild west. There’s no real rules and you’re constantly kept on your toes. However, it’d seem that when it comes to making a connection with someone online certain things go down better than others. Some emojis are more popular than others among online daters, according to research gathered by The Inner Circle. From the first hello sending a smiley could really up your chances of building rapport with people and show how you feel. But remember, no one wants to be bombarded with too many crying laughing faces.

As 2019 comes to an end it’s hard not to reflect on the year and decade gone by. Dating app The Inner Circle has done just done that, and found that while everything may be so instant now online daters across the world exchanged an average of 60 messages before swapping phone numbers in 2019. You may spend all of your time trying to think up the wittiest opening line and it could do you well. “Hi”, “hello”, and “hey” got 45 percent less responses, but were still the most common introductions. Five percent of people used an emoji into their opening message and people cited them as being important to build chemistry. The most important emojis of 2019 included the wink face, traditional smiley, and big grin.

In a year of climate strikes, Brexit negotiations, and general elections daters have left current affairs out of their initial chats. In a big year for rugby, the sport was mentioned 11,835 times in in-app conversations. Yet football remained the most spoken about sport with 19,769 mentions. Singles were also keen to discuss their dietary preferences with ‘vegan’ (mentioned 11,471 times) coming up even more than Brexit (7,584 times). Greta Thunberg was one of the most prolific people of 2019 but the Karadshians took top spot as the most talked about people.

The world of dating can be tricky to navigate so predicting the future is near impossible. However, CEO and founder of The Inner Circle David Vermeulen has a pretty good insight. Come the new year he says, “younger users are ditching WhatsApp to chat on platforms such as Instagram. Swapping social media profiles instead of phone numbers is a good way to find out more about your match and continue the conversation.” How fast you organise dates could change. He says, “we’re witnessing mass dating app fatigue. Singles want to cut the small talk and get together in real life. The most successful daters will share plenty of information on their profile so potential matches can make a fast decision about meeting up.

If you’re feeling a little bit done with flirty messaging, 2020 may be your time to change. Vermeulen predicts: “singles are matching and talking to lots of potential matches, but they aren’t going on enough dates. In 2020 we’ll see a backlash to this as singles realise the magic happens offline. Singles will turn back to dating events – where it’s clear everyone is single — to get together with more people in real life.” Whether you’re looking for the one in the new year or just want to shake up your love life, 2020 could be a big year for dating differently.