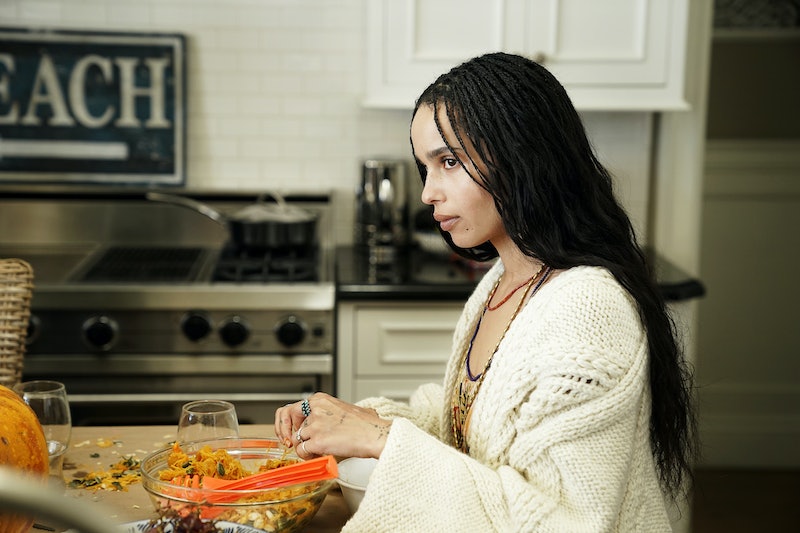 Has there ever been a town as full of lies as Monterey? Big ones, little ones, even a few medium ones… everybody's hiding a secret, no matter the size. There are so many, in fact, that inevitably, some will have to get out. And these Big Little Lies Season 2 theories may predict which ones those are.

So far, Season 2 has been an interesting contrast to the first in terms of its approach to stoking speculation. With the elimination of the first season's narrative devices like flash-forwards, the show's mystery elements aren't as central. Gone is wondering whodunnit and whogotdun. But the simple fact that Season 1 was based on a book and Season 2 isn't means the show itself is now inherently more mysterious. Even if you hadn't read Liane Moriarty's novel before, you could've read a Wikipedia summary to find out who was dead and who had done the deed. Season 2 doesn't need flash-forwards to tease a mystery because the very nature of the plot is now a complete question mark.

So what's ahead for the Monterey Five? Probably nothing good. Here are some of Reddit's most popular theories about what's to come in Season 2.

Undoubtedly one of the biggest mysteries in Season 2 is what happened to Perry's brother, Raymond. Mary Louise mentions that her other son died in an "accident" at some point in the past, but so far there's been very little information about how that accident happenedor what it was.

Reddit user sognidistelle has a theory. At some point when Perry and his brother were young, perhaps Mary Louise killed her son in a fit of rage. This could help to explain not only where Perry got his anger issues from, but also why he directed that rage at women: because he was resentful of his mother for killing his brother.

Of course, as is the nature of fan theories, other viewers have ideas that directly contradict the possibility that Mary Louise killed her son. User invalidusername119 posits on Reddit that it wasn't Mary Louise who murdered Raymond, but Perry.

Maybe it wasn't on purpose; it could have happened when they were very young and having a fight and Perry pushed his brother in a way that caused his death, similar to his own demise years later. But it also could have been an early warning sign of Perry's anger issues that Mary Louise chose to ignore, minimizing the whole thing as a tragic accident. Perhaps Perry's mother had been enabling her son's abusive behavior for his whole life rather than being the direct cause of it.

3. Mary Louise Will File For Custody Of Perry's Children

One of the over-arching themes of Big Little Lies is parenting; each of the Monterey Five is a mother, and Season 2 is taking that theme even further by introducing some of their mothers. But what could be more tragic for a parent than losing custody of their own child? Some fans, like Reddit user kvp1234 think that's exactly where this season is heading, with Mary Louise attempting to win custody of some or all of her grandchildren.

Will she go after Max and Josh, the twin sons of Celeste? If she becomes even more firm in her suspicion that Celeste was involved in Perry's death, it would be hard to imagine her not wanting to take the kids away from her daughter-in-law. Or will she go after Jane's son, Ziggy, who reminded Mary Louise so much of a young Raymond? She's clearly struggling to accept that Perry assaulted Jane, and she may decide to take Ziggy away from his mom if she rationalizes Perry's behavior by painting Jane as a vindictive liar.

In Season 1, it was revealed that Jane's son Ziggy was fathered by Celeste's husband Perry, and in Season 2, Ziggy was introduced to his half-brothers Max and Josh. But what if Ziggy isn't Max and Josh's only half-sibling running around Otter Bay? Reddit user juicycouturexoxo2006 thinks that Bonnie's daughter Skye might also have been fathered by Perry.

That revelation would certainly lend even deeper meaning to Bonnie's spur-of-the-moment decision to push Perry to his death at the defense of another one of his victims. It would also be a pretty soap-opera-esque plot twist (how many secret siblings can populate one elementary school?), but the show does occasionally enjoy indulging in soap opera theatrics.

5. Bonnie Will Try To Take Her Own Life

One of the pleasures of Season 2 has been an increased focus on Bonnie, who largely remained in the periphery of Season 1 until she shoved Perry to his death. The second season has been exploring Bonnie more, which means delving into her complicated relationship with her mother, as well as her struggle to cope with the fact that she killed Perry.

Some fans, like Reddit user dawnGrace, are worried that this increased focus is leading to a tragic end: that Bonnie will attempt to take her own life out of guilt. A lot of the imagery around Bonnie this season has involved water, crashing waves, swimming pools, etc. — and some fans are convinced that this is foreshadowing that Bonnie's life will end in the ceaselessly beating surf of Monterey.

Another, more optimistic theory about where Bonnie's story will end up is Reddit user ItsBobDoleYo's idea that she'll end up coming clean to Mary Louise about the fact that she caused her son's death. It's clear that Bonnie is in search of an outlet to unburden herself; she seemed to briefly find some comfort with Ed in the most recent episode, but exchanging pleasantries with acquaintances might not be enough for her conflicted conscience.

Will she confess to Mary Louise knowing full well the trouble it will put her in? Or will the wily Mary Louise manage to convince Bonnie she is lending a sympathetic ear, only to turn around and turn her in? There's no denying that Bonnie is desperate to get out from under "the lie," the only question is if she'll be able to free herself from guilt and stay out of prison.

Even without bloody flash-forwards, it still feels like Season 2 is heading towards another murder — this is still Big Little Lies, after all — and user Cam4mia theorizes on Reddit that Mary Louise is the one marked for death. Whether Bonnie confesses the truth to her, or whether Mary Louise finds out the truth on her own, that could doom Perry's mom to follow her son to the grave.

It would be fitting if, after Bonnie killed someone to protect one of the Monterey Five, the rest of the Monterey Five returned the favor by banding together to kill someone else in order to protect Bonnie. Of course, plotting a cold-blooded murder is a lot different than accidentally pushing someone down the stairs in a heated moment… but that only means the show would be setting itself up for an even juicier Season 3.

They say the truth shall set you free… but with only four episodes left in the sophomore season of HBO's hit drama, it's never been more clear that the truth can kill.