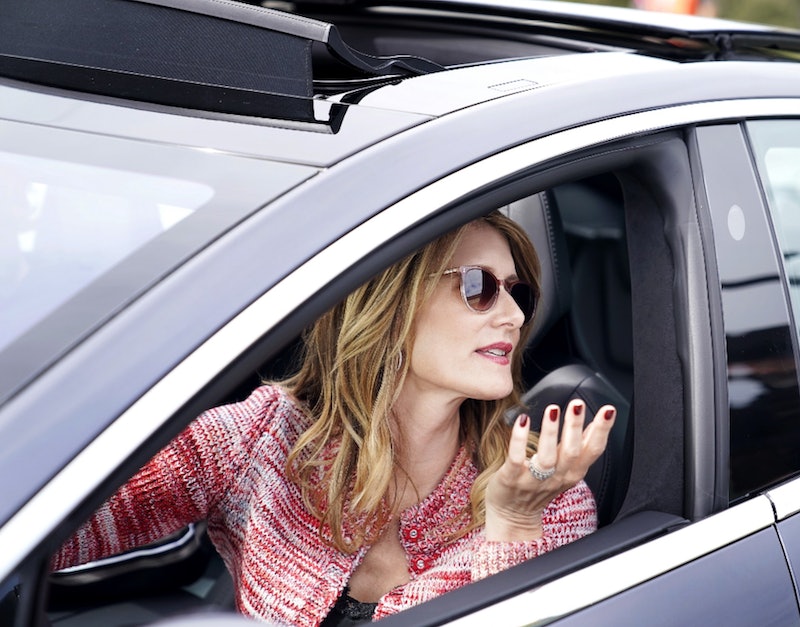 Grab a glass, because HBO released new Big Little Lies Season 2 photos on Monday, April 29, and the set of pictures is about as refreshing as a hefty pour of white wine. The second season, which is set to premiere on June 9 on HBO, will welcome back Season 1 stars Reese Witherspoon, Nicole Kidman, Shailene Woodley, Zoë Kravitz, and Laura Dern. Last January, Entertainment Weekly reported that the inimitable Meryl Streep would be joining the Season 2 cast. Oh, we though the Big Little Lies roster seemed too good to be true before? Well, don’t mind us as we spend the rest of our lives pinching ourselves.

It sounds like Streep climbed aboard the BLL Season 2 train without batting an eye. Speaking with Vanity Fair for the magazine’s recent profile of Kidman, Streep said, “The fans wanted more, I wanted more. I signed on without even knowing what the part was because I had such confidence in this group and just how smart they all are and how high the bar was going to be.”

Welp. Please do not mind me as I continue to pinch my elbow meat as I look at this snapshot of Streep as Perry's bereaved mother, Mary Louise Wright.

But wait, there are more photos where that came from. Here are Celeste (Kidman) and Madeline (Witherspoon) hugging someone at their kids' school.

The Season 1 finale wrapped things up and put a big ol' bow on the story, and a second season didn't necessarily feel like a given. But then, the success of the first season drove the folks behind the show to keep the miniseries going. Kidman touched on this point during the show’s panel at the 2019 Winter Television Critics Association earlier this year. She said,

"We all said goodbye at the end, a big goodbye. But we became very close and had such a good time doing it and the desire to spend more time together was a huge part of [bringing the show back]. But also there was an enormous demand from the audience. I had never been in something that reached so far globally and that was such a compelling idea in terms of putting something together again."

That said, not everyone behind the first season is back for round two. All the way back in 2017, Big Little Lies Season 1 director Jean-Marc Vallée made it pretty clear that he was not interested in a second season. As he told The Hollywood Reporter,

"To do a season two, I'm not for it. Let's move on and do something else! If there's an opportunity to reunite with Reese, Nicole and these characters of course, I'll be a part of it, but Big Little Lies One is a one-time deal. Big Little Lies Two? Nah. The end is for the audience to talk about. Imagine what you want to imagine and that's it. We won't give you a season two because it's so good like this. Why spoil it?"

They are giving us a Season 2 after all, and Vallée is not the director. Oscar winner Andrea Arnold took over the show's helm.