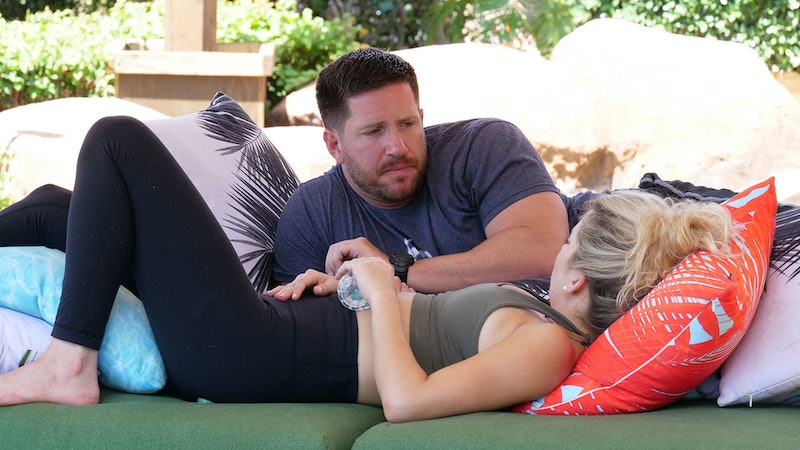 Temptation Island isn't the kind of reality show that you can exactly win, but so far, Kady has been playing it smart. Right from the start, she made single Katheryn off-limits to her boyfriend John, which was clearly the right move on her end, as the two have a lot of chemistry between them. Katheryn made a play for John anyway, setting up a romantic date in the house in order to get around the official embargo. Midway through the experience, the pair still seem more than a little interested in each other, and with Kady also now exploring her options, it's time to float the possibility that John and Katheryn are dating after Temptation Island.

While the problem of Katheryn's necklace does prevent the two from going on official, Temptation Island-sanctioned dates, it does seem like if they have a true connection, and they could always just let the show run its course and then get together afterwards. Provided John and Kady do decide to call it quits, that is.

Obviously, the network has a strict policy that forbids the stars of the show from letting any secrets slip before they can air on TV, so no one has come right out and said anything officially. But there are a few clues that point to the fact that these two might still be in contact.

Following someone on Instagram isn't a surefire sign that you're in a relationship, but certainly, you wouldn't date someone and not follow them. John and Katheryn are still following each other, and what's more, John has unfollowed his (ex?)girlfriend Kady. Veeeery suspicious...

2. Katheryn Is Very Supportive Of John

In an interview with The Ashley's Reality Round-Up, Katheryn revealed that she thinks Kady only agreed to go on Temptation Island in order to launch her career — and that John was just trying to be a supportive beau.

"Through conversations I had with John, it was 100 percent [Kady] wanting to get some recognition and get some type of something out of this," Katheryn said. "John was there 100 percent to support her, and this was what she wanted. He wanted nothing to do with this. She talked him into it."

Obviously Katheryn's opinion is completely subjective, but it does sound like some lingering loyalty to John, no?

You don't have to be Sherlock Holmes to detect that some serious issues are coming up between Kady and John on Temptation Island. Between Kady's hurtful comments about John not being a good father and her brewing flirtation with Johnny, there are clearly some problems brewing between the pair.

Bustle writer Kayla Blanton surmised that, based on the show and the limited evidence available via Instagram (everyone is obviously being very hush-hush about the real outcome of the season), it looks like Kady and John probably won't be leaving the island together. And if that's the case, could John possibly leave with Katheryn?

At the moment, what John will decide is anyone's guess. One thing's for sure, though. If John and Katheryn ever did get together, you can be darn sure Katheryn wouldn't be signing them up for another season of Temptation Island. Although on second thought, that does sound like pretty great TV...