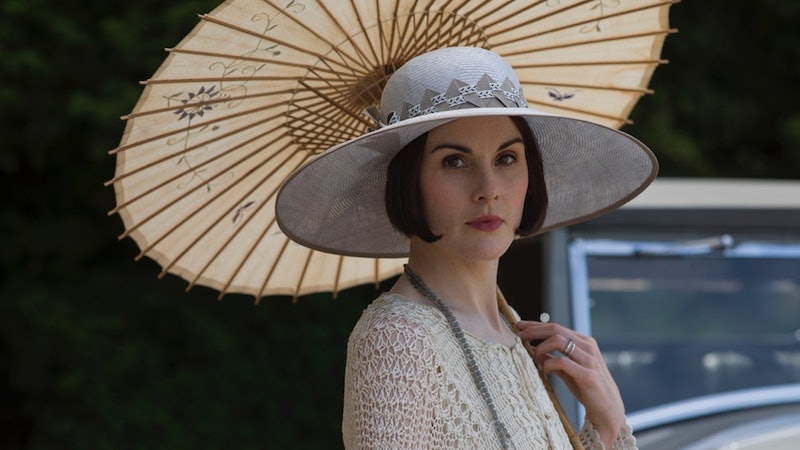 Period dramas are not only nothing new. In fact, they're a stalwart of British television. Something, arguably, that the Brits do best. In recent years, one of the big dogs in the period-drama genre is most definitely Downton Abbey. Romance, drama, tragedy, and zero conscience about killing off main characters made sure this show drew in viewers season after season. So when it was announced that there was going to be a film, obviously the fans went wild. And news that the new Downton Abbey Film posters have been released is sending them into a veritable frenzy.

In July 2018, it was announced that Downtown Abbey the film was coming to cinemas. Which, let's be honest, probably caused some hardcore fans to actually weep with joy. OMG not me though. I couldn't possibly. (LOL jk I was crying like a baby).

The teaser trailer came out in December 2018 and, while it didn't reveal a whole lot about what will be happening in the film, it did feature some gorgeous shots of Highclere Castle. It also let fans know that an "official" (aka longer) trailer is "coming soon." Thank god. Most importantly of all, however, the teaser trailer gave us a list of characters that will feature in film, including Lady Mary (Michelle Dockery) and Lady Edith (Laura Carmichael). Eek!

Now four Downton Abbey movie posters have been released, and they feature two members of the Crawley Family and two of the servants. Let's take a closer look.

Lady Mary's evolution from a mean AF young woman to a soft-hearted (but still hella acerbic) mother totally gripped the nation. This poster shows that Lady Mary is still very much embracing that bob, and that the family jewels remain intact.

Lady Edith is also very much in the house, presumably still married to Bertie Pelham and looking after her little baby angel Marigold. Thing is, though, will her assumed-dead-ex turn up? Actor Robert Bathurst, who plays Sir Anthony Strallan, hinted that a return of his character it isn't out of the question. Speaking on Good Morning Britain, he said:

"I disappeared from 'Downton Land' in series three. Off he went. He left Edith at the altar never to be seen again. The rat should come back!"

Andrew Parker is back, polishing up the cutlery and living his best life. Well I guess the Crawleys are living their best lives. Anyone who has worked in hospitality will tell you polishing cutlery seriously blows.

OMG, it's bad boy butler Thomas Barrow. Well, bad boy done good, more like, because this guy started as a footman but eventually became a butler after Carson's retirement. It's lovely to see him back in business.

So, how did the Downton team get the ol' gang back together? Well, actor Joanne Froggatt, who plays lady's maid Anna Bates, revealed to Radio Times that it was actually a bit of a challenge:

"It's been tricky. There has been a lot of goodwill from all of us, but logistically, it's a bit of a minefield. It's very difficult to get 22 actors together. But if we can, everyone would like to do it."