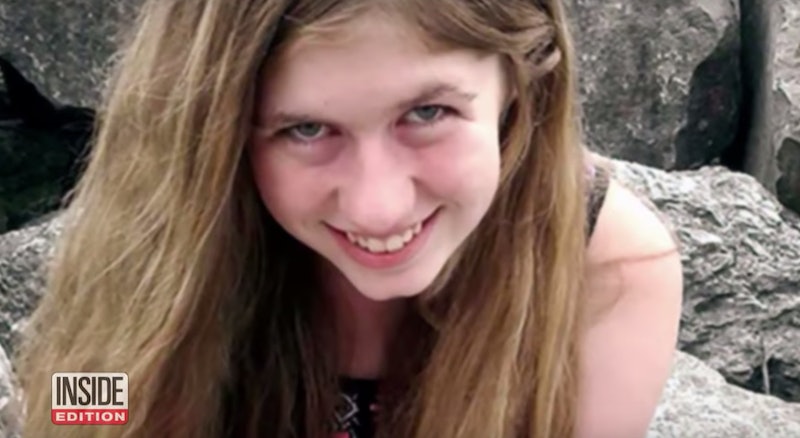 In October of 2018, 13-year-old Jayme Closs was kidnapped from her own home; her parents both shot to death. In January, 88 days later, Closs escaped her captor's home and ran to a neighbor for help. Now, her story will be told as part of fellow kidnapping survivor Elizabeth Smart's Smart Justice special on Lifetime, which brings together other kidnapping survivors for a roundtable. But since it's focused specifically on Closs' case, viewers may want to know if there are any updates on Closs in 2019 now that she's been home for a few months.

Smart said in the promo for the Lifetime special that, when she heard the news of Closs' return, she thought, "She did it. Another one of us got away." Closs was held captive by Jake Patterson for 88 days after he broke into her home and killed her parents. Patterson has since pleaded guilty to kidnapping and two counts of first-degree intentional homicide, according to the Post-Crescent. He is now awaiting sentencing, which will likely be life in prison, per NBC News. Having her kidnapper behind bars will hopefully bring some closure for Closs, who has understandably remained out of the spotlight since her escape.

According to the Post-Crescent, Closs managed to escape the house she was being kept in and found a neighbor who quickly called the police. Closs was able to name her captor, which led to Patterson's arrest shortly afterwards. Because she was responsible for her own escape and rescue, CNN reported that she will receive the $25,000 reward that Hormel Foods' Jennie-O Turkey Store, where both of her parents worked before their deaths, had offered upon Closs' initial disappearance. "We are overjoyed at the news of Jayme's safe return," Jim Snee, president and CEO of Hormel Foods, told CNN. "Her bravery and strength have truly inspired our team members around the world."

Steve Lykken, president of Jennie-O Turkey Store, told CNN that the company wants the money to be put into a trust fund "for Jayme's needs today and in the future."

FOX 6 reported that Closs' cousin Angela De Andriano and Closs' aunt Jennifer Smith also started a GoFundMe for Closs. It's raised over $55,000 since January. "We're just trying to come together as a family, a community and as a country to take care of them," De Andriano told FOX 6. "My family is still mourning the loss of their sister and brother-in-law and, you know, so I can't even imagine being Jayme," she added. "These funds are going to go towards the journey with the family as they help Jayme through whatever it may be — driving to take care of her, taking her to the clinic, using it for medical costs or anything."

Closs is now living with her aunt and uncle Bob and Jennifer Smith, according to NBC News. The Smiths were present at Patterson's court appearance, but Closs did not attend.

In an attempt to minimize stress for Closs, prosecutors did not charge Patterson in relation to the 88 days Closs was captive, according to the Green Bay Press Gazette. That prevents her from having to testify in court about the ordeal. The outlet reported that Patterson's kidnapping and murder charges will likely be enough for life in prison without needing to add the extra charges, but the prosecution does retain the right to change their minds on the matter if need be.

The Post-Crescent reported Patterson is due to be sentenced on May 24, at which point Closs can at least close the book on that chapter of her life and try to move forward. Hopefully the public respects her privacy during this difficult time to allow her to continue to heal in peace.