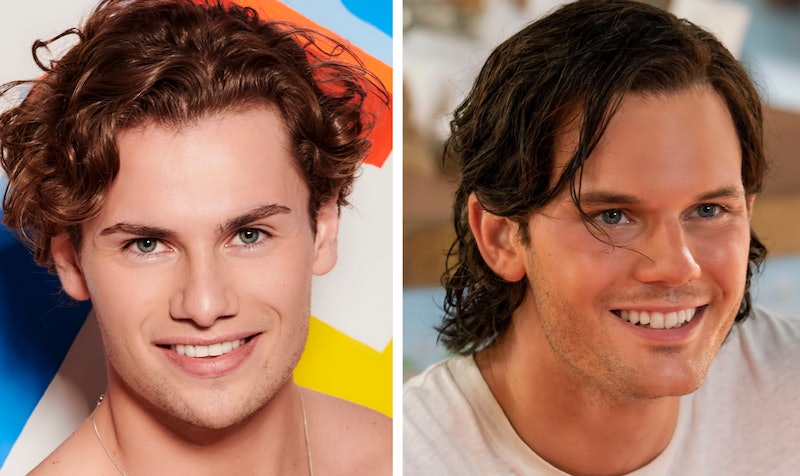 It's the moment everyone's been waiting for, Love Island is back on television nightly. It feels like the whole nation tuned in to ITV2 at 9 p.m. to get the latest with this years contestants, and boy did they deliver. While the entirety of the UK and their grandma gets glued to their screens and contestants eagerly eye each other up to find their type on paper, some folks on the internet couldn't help but notice a couple of uncanny Love Island celebrity lookalikes among the contestants. Let's dig in and find out more.

It's only day one and there's drama, awkward tension, people playing games, and a whole heap of couple swaps before anyone's even said "I've got a text!" This year we've got scientists, firefighters, and pharmacists, cassinova's with a wandering eye, and people looking for their first ever shot at relationship. It looks like the class of 2019 are going to be providing twists, turns, and whole lot of drama along the way.

But along with the onscreen drama comes the hilarious internet banter, and celeb lookalikes are always a fun way to get to know the islanders even better. This year, we have a fair few. Whether its a long-lost identical celebrity twin or just some similar features that make for more hilarious comparisons than accurate ones, there's no denying there's a whole lot of look alikes this season. From Hollywood's finest award winning actors, to reality TV show royalty, below is a list of Love Island celeb doppelgängers: