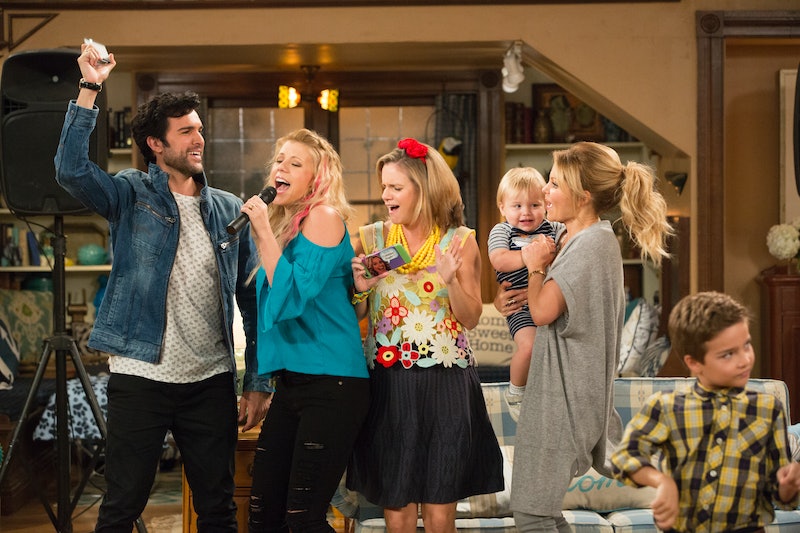 Nothing says "time is a construct" like Netflix's annual New Year's Eve countdown streams. These holiday-themed specials are a gift to parents who don't want to deal with cranky, sleep-deprived kids on New Year's Day. Instead of staying up to watch the ball drop, subscribers can press play on any of these 10 Netflix New Year's Eve countdowns at any time, beginning on Dec. 28. It's actual genius: kids get to bang some pots and pans and welcome in 2017, and their parents aren't punished with any associated tantrums. It's a New Year's Eve miracle. I didn't even know those happened.

To make the countdowns even more fun for their young audience, Netflix has enlisted characters from some of its most popular kids programming to help families say goodbye to 2016. And hey, these countdown specials don't have an age limit. And unlike the standard network television celebrations, they also don't have any commercials. Children are not required in order these holiday episodes, and there's no judgement here. In fact, one of the countdowns will hit you right in your millennial nostalgia. That's right: you can ring in the new year with the Tanner family, just like you've always wanted to.

Like I said above, the streaming service has 10 options to pick from. So keep reading to find out what's playing on Netflix this New Year's Eve.

This is definitely one for the tykes. Word Party is a colorful animated series about four musical baby animals, produced by one of the biggest names in kids entertainment: The Jim Henson Company.

The "Beat" in the title comes from the show's classic Brit Rock inspiration. And with artists like Pink, the Lumineers, and Sia covering tunes by the Beatles, no grown-ups will be complaining if this is on TV.

For kids who dream big, the fantastical Luna Petunia is co-produced by the world-famous Cirque du Soleil entertainment company. They don't just do Vegas, folks.

With a sophisticated color palette and a cast of wide-eyed creatures, Puffin Rock looks like a storybook come to life. It's also narrated by Bridesmaids and Moone Boy star Chris O'Dowd.

Now you're in the territory of older kids, who like to and are able to follow a plot. Skylanders Academy is based on the Skylanders video game series and boasts a voice cast that includes Justin Long, Susan Sarandon, and Metallica frontman James Hetfield.

Finally, a star vehicle for King Julien, the lemur monarch from the Madagascar series. What he lacks in authority, he makes up for with style.

Acclaimed science fiction and fantasy director Guillermo del Toro applies his vision to this original animated series about a human boy who becomes the protector of a secret community of trolls. The series debuts on Netflix on Dec. 23 and is the final project of Anton Yelchin, who tragically passed this year.

Project Mc2 educates, empowers, and entertains with a secret agent premise that encourages girls to check out careers in science, math, and technology.

Social media superstar Cameron Dallas anchors his own documentary series, which ought to give preteens and teens a look into what fame looks like beyond the Vine streams.

Now in Season 2, this TGIF revival is back with more San Francisco shenanigans from the grown-up Tanner kids. Here's hoping the New Kids On The Block make another cameo for the New Year's Eve celebration.

Netflix is changing the holiday for good by putting these New Year's Eve specials on demand and at your fingertips.